Having captivated the world with his unconventional topics and mordant satire and speech, Jefferies is set to entertain the Korean audience with subjects that range from global affairs to alcohol abuse, drugs, marriage and sex. 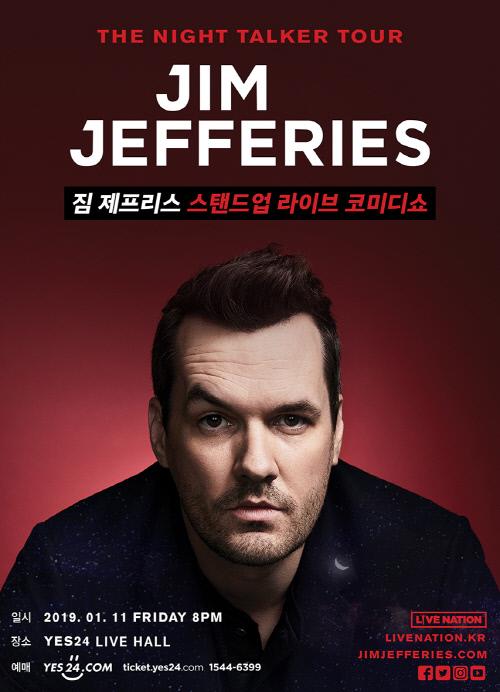 He has become one of the most successful comics in the world since he launched "The Jim Jefferies Show," an American late-night talk show, in May 2017.

He became famous after having a successful stand-up routine on "The Late Show with David Letterman," for which he had auditioned for several years. He later appeared on "Saturday Night Live" and "The Tonight Show with Conan O'Brien."

Gaffigan received the award for Concert Comedian at the American Comedy Awards in 2014 and has been nominated three times for the Best Comedy Album of Grammy Awards. 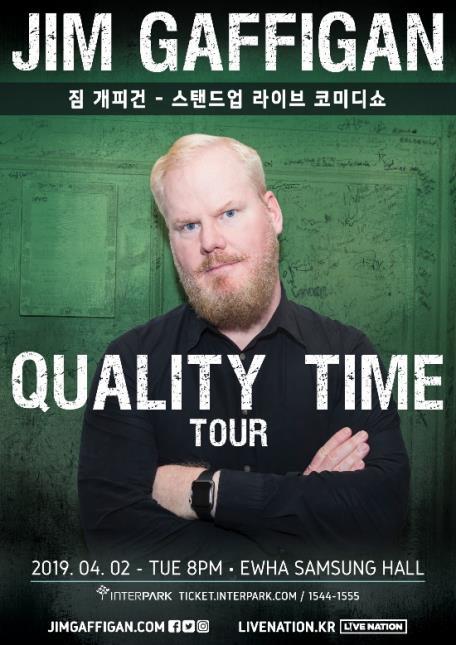