SEOUL, Jan. 8 (Yonhap) -- The Cabinet on Tuesday endorsed a bill that eases ownership rules for Internet-only banks as the government plans to grant approval to more web-only banks this year, the financial regulator said.

The bill allows information technology firms, such as Internet portal Naver or gaming firm Nexon, to hold more than a 10 percent stake in an Internet-only bank.

In September last year, the National Assembly passed the bill that allows a non-financial firm to boost its stake in an Internet-only bank beyond the 4 percent ownership ceiling.

The ceiling was aimed at preventing big business conglomerates from exploiting a bank as their personal vault. However, critics said it has discouraged technology firms from making inroads into the financial sector. 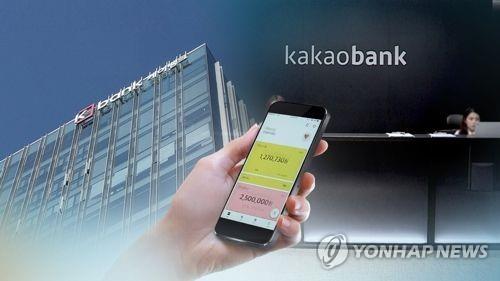 Two Internet-only banks -- K-Bank and Kakao Bank -- were launched in 2017, challenging traditional banks in South Korea and forcing them to cut commission fees and revamp their online and mobile banking services.

The Financial Services Commission (FSC) has said it could give preliminary approval to two Internet-only banks in May but hinted that only one group could receive approval if another group is unsuccessful.

Separately, the Cabinet endorsed another bill that softens rules for crowdfunding to help small and medium-sized enterprises raise money from individual investors.

Under the bill, a crowdfunding firm can raise as much as 1.5 billion won per year, compared with the current limit of 700 million won, the FSC said.