CHUNCHEON, South Korea, Jan. 8 (Yonhap) -- A regional court sentenced a former president of a state casino operator to three years in prison Tuesday for unfairly hiring employees at the request of politicians.

The Chuncheon District Court meted down the guilty verdict to Choi Hung-jib, ex-CEO of Kangwon Land Co. He was immediately remanded in custody following the court ruling.

He was indicted for instructing his officials to doctor assessments on job applicants so that certain candidates who had ties with high-profile politicians could be hired for the positions.

Two of the Kangwon Land officials are serving prison terms after being convicted of their crimes.

The case has drawn attention as two incumbent politicians of the main opposition Liberty Korea Party are also standing trial for their alleged involvement in the illicit hiring at the casino operator.

Reps. Kweon Seong-dong and Yeom Dong-yeol are accused of pressuring Kangwon Land and Choi to hire some 50 people, including the children of their acquaintances between late 2012 and April 2013.

Kweon has also been charged with bribery for helping Kangwon Land easily pass a government audit in return.

The case spawned the launch of an independent prosecution inquiry after a prosecutor who was probing the case revealed that it had already been compromised by Kweon, who was the then chairman of the parliament's judiciary committee, and by a few other ranking prosecutors. 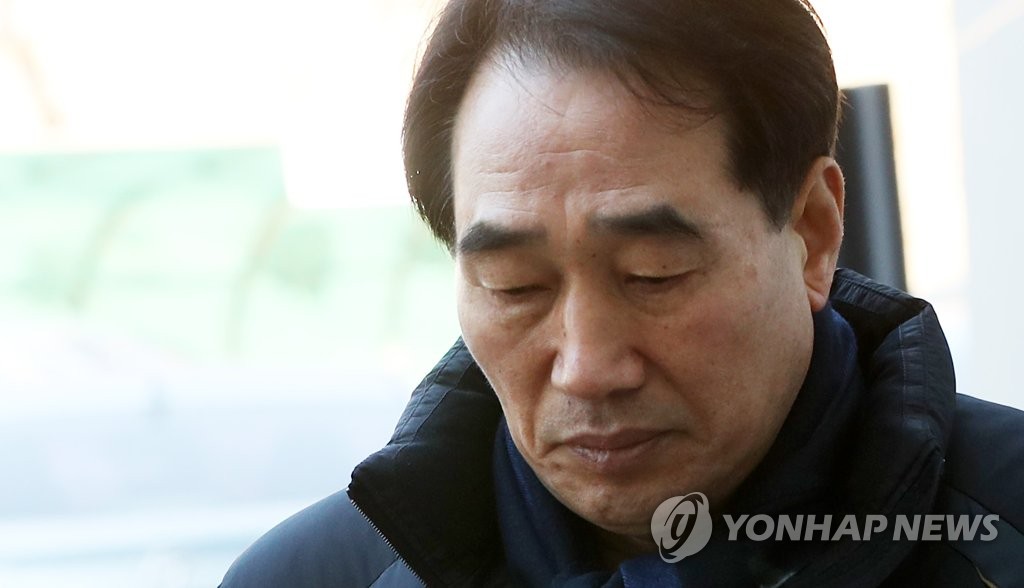