South Korea's biggest carmaker by sales is expected to recall 78,721 vehicles encompassing three different models due to problematic parts that emit excessive nitrogen oxide into the air. The recall will start Wednesday and be carried out for 1 1/2 years, an official at the Ministry of Environment said.

The three models are the 2.2-liter diesel-powered Grandeur sedan, the Megatruck and the Mighty truck.

"The ministry ordered Hyundai to recall 30,945 units of the Grandeur diesel sedan due to a faulty emission part. As for the two truck models, however, the carmaker has voluntarily submitted its recall plan to the ministry, with an approval due to be made this week," the official said over the phone.

Hyundai's recall plan is in line with the government's push to reduce diesel-powered vehicles on roads and fine dust, which is harmful to health. 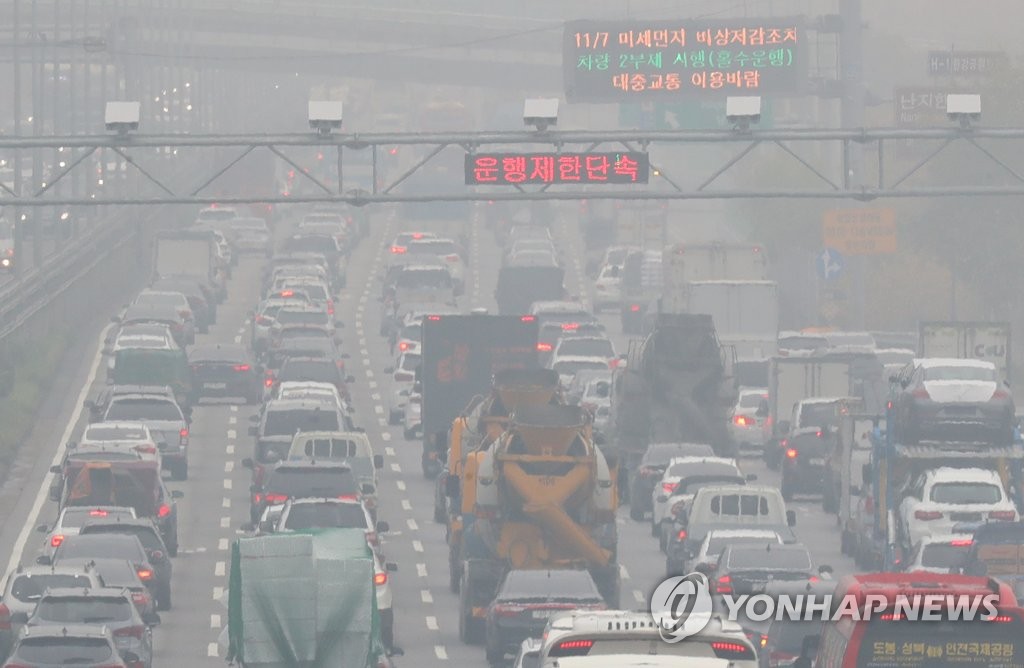