The company's operating profit reached 75.3 billion won (US$67 million) in the October-December period, compared to 366.8 billion won tallied a year earlier, the company said in a regulatory filing.

The quarterly guidance report's operating profit hovered way below the market's estimate of 384.6 billion won, based on a survey conducted by Yonhap Infomax on 18 securities firms. The estimate on sales was 16.5 trillion won on average.

The company did not provide net profit and detailed performance data for each division. The finalized earnings will be delivered later this month.

Despite the weak earnings in the fourth quarter, the company said it expects to log an all-time high operating profit of 2.7 trillion won for last year. Its annual sales were estimated at 61.3 trillion won, the second-largest ever. 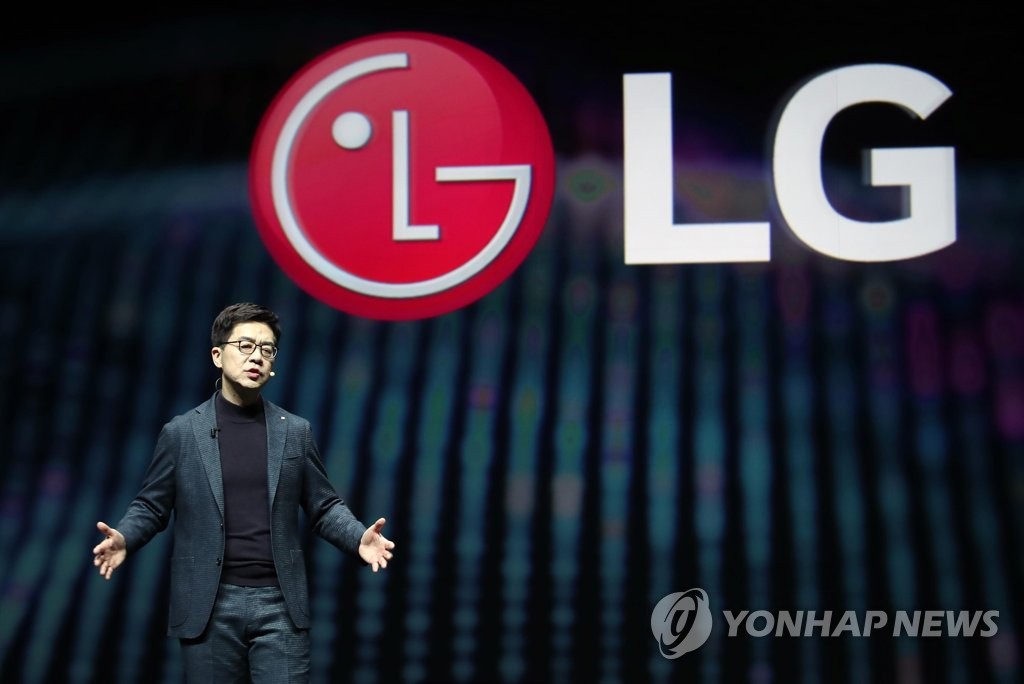 Market watchers attributed the earnings shock to the dismal sales of its handsets amid weak demand for new smartphones in general.

LG has struggled in the phone market for years as it has been sandwiched between Samsung Electronics and Apple in the high-end market and Chinese manufacturers in the lower-end segment. The mobile division has been posting losses since the second quarter of 2017.

"While the quality of LG's flagship smartphones has evolved to match up with that of market leaders, the company has failed to increase its market share due to the slowing smartphone market," Kim Ji-san, an analyst at Kiwoom Securities, said. "The longer life cycle of high-end smartphones in South Korea and the U.S. market dampened demand for new devices, while sales of its midrange phones fell below the market expectation."

Analysts expected the firm's profits to improve this year with robust sales of home appliances and premium TVs and the expanding vehicle components business.

"LG Electronics is expected to cut losses in the mobile business and have robust sales of home appliances in 2019," Park Won-jae, an analyst at MiraeAsset Daewoo Securities, said. "The vehicle components business is also anticipated to grow in the second half of 2019."

During the Consumer Electronics Show held in Las Vegas, LG Electronics showcased a wide range of smart gadgets and connected devices based on its AI platform, Deep ThinQ.

It also plans to release 5G-enabled smartphones in South Korea in the first half, the first country in the world to commercialize the next-generation wireless communication.

Shares of LG Electronics sank 3.58 percent to close at 61,900 won on the Seoul bourse on Tuesday, underperforming the market's 0.58 percent decrease. The company's guidance report was announced during market hours.