SEOUL, Jan. 8 (Yonhap) -- A Seoul appellate court on Tuesday rejected an appeal by the eldest heir of South Korean retail giant Lotte Group to review what he claims to have been the wrongful dismissal of him from the boards of two Lotte hotel units.

In September 2015, the two hotel units voted for his dismissal at their board meetings, saying that he was no longer deemed fit to run the companies as an executive.

But Shin claimed that the dismissal was plotted by his younger brother Shin Dong-bin, current Lotte chairman, as part of a plan to block him from engaging in the business so that he could fully take control of the conglomerate.

In January last year, the lower court ruled in favor of the defendants, citing sufficient grounds to believe their arguments that Shin had not been performing his tasks on the boards of directors.

The court also acknowledged that Shin had made disparaging remarks about Lotte Group Chairman Shin Dong-bin, his younger brother, in interviews with Japanese media.

The appeals court agreed with the lower court's ruling on Tuesday.

The two brothers had been in a fight lasting years over the succession at the fifth-largest conglomerate in Korea, although the chairman Shin is said to have now seized full control.

In the interviews, the elder Shin claimed that he was kicked out of the management because his brother stirred up bad blood between him and his father and that he always downplayed his achievements in China and Korea. 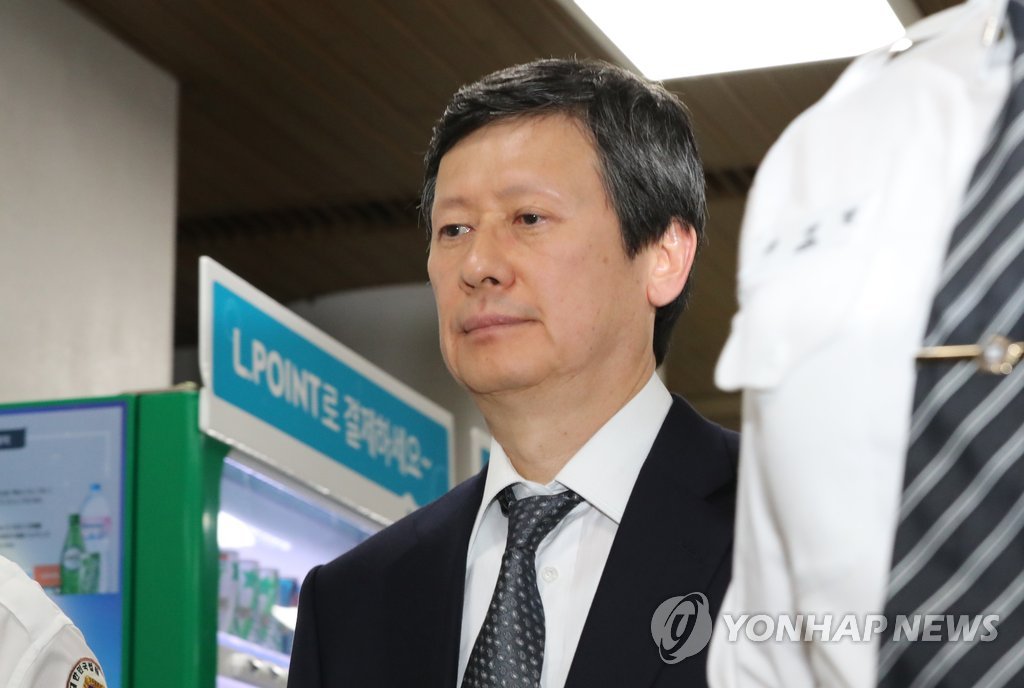