In a ceremony held at the presidential office Cheong Wa Dae, the president presented Gen. Kim Un-yong with the guidon of the newly established Ground Operation Command (GOC). 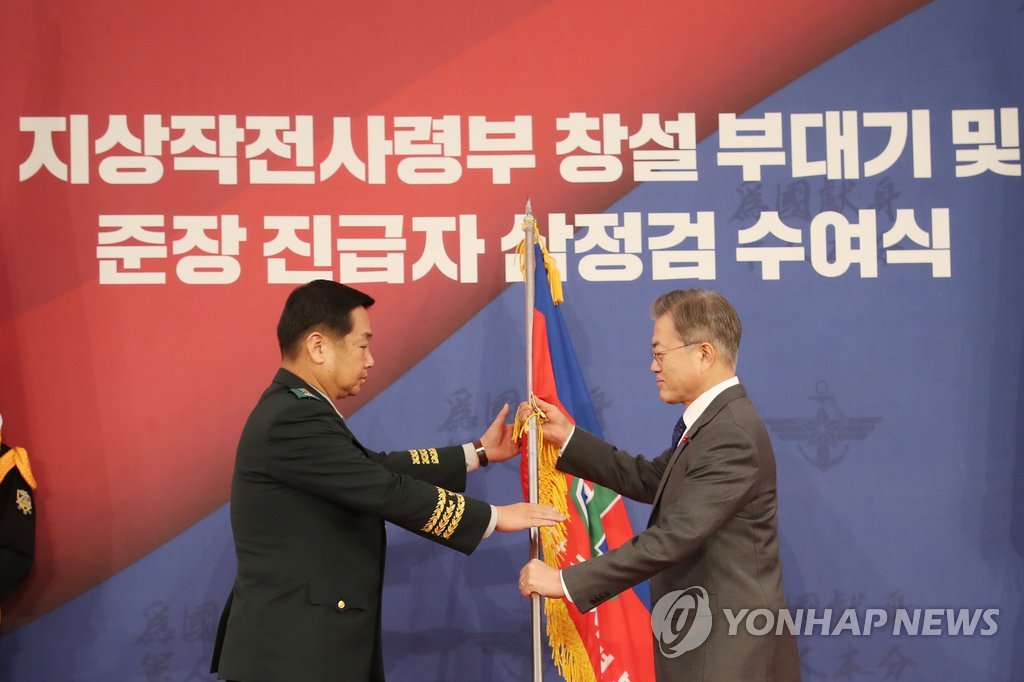 The GOC was launched at the start of the year by combining what used to be the First and Third Armies. Gen. Kim used to command the Third Army.

The new command is part of the defense reform that partly seeks to get rid of command redundancies and boost the overall readiness and efficiency of the military.

President Moon recently stressed the importance of defense reform, as well as increased defense capabilities, despite the recent rapprochement between the divided Koreas.

"The peace is still temporary. Denuclearization of the Korean Peninsula and the peace process are still well underway, but we must not let our guards down until (the processes) are completely finished. Next year, we must establish lasting peace that will not waver. Peace lasts when our military is strong," he said while meeting with defense ministry officials late last year.

Tuesday's ceremony was also attended by 79 new military officers who were recently or will soon be promoted to the rank of brigadier general.

Each of the new generals was presented with a traditional sword, called "Samjeong," that represents their command.