CHANGWON, South Korea, Jan. 8 (Yonhap) -- New NC Dinos catcher Yang Eui-ji said Tuesday he has no regrets signing with his current club because he wanted a new challenge in his baseball career.

Yang, who was the most coveted asset in South Korean baseball's open market this winter, joined the Dinos on a four-year deal worth 12.5 billion won (US$11.1 million) last month and became the highest-paid catcher in the Korea Baseball Organization (KBO). It was the second-most lucrative contract in the league history behind Lee Dae-ho's 15 billion-won deal with the Lotte Giants in 2017.

"I wanted to experience new challenges, and that's why I selected the Dinos," Yang said at his press conference in Changwon, South Gyeongsang Province, the hometown of the Dinos. "I made this decision for the development of my career. I have no regrets."

The 31-year-old spent his first 10 seasons with the Doosan Bears and won two Korean Series championships with them. The Bears finished first in the regular season last year, but Yang decided to go with the Dinos, the worst team in the 2018 season.

"I did experience winning the league and taking runners-up finishes, but I thought this was the right time for a change," he said. "I could have continued my career with the Bears, but I needed some changes to develop my baseball." 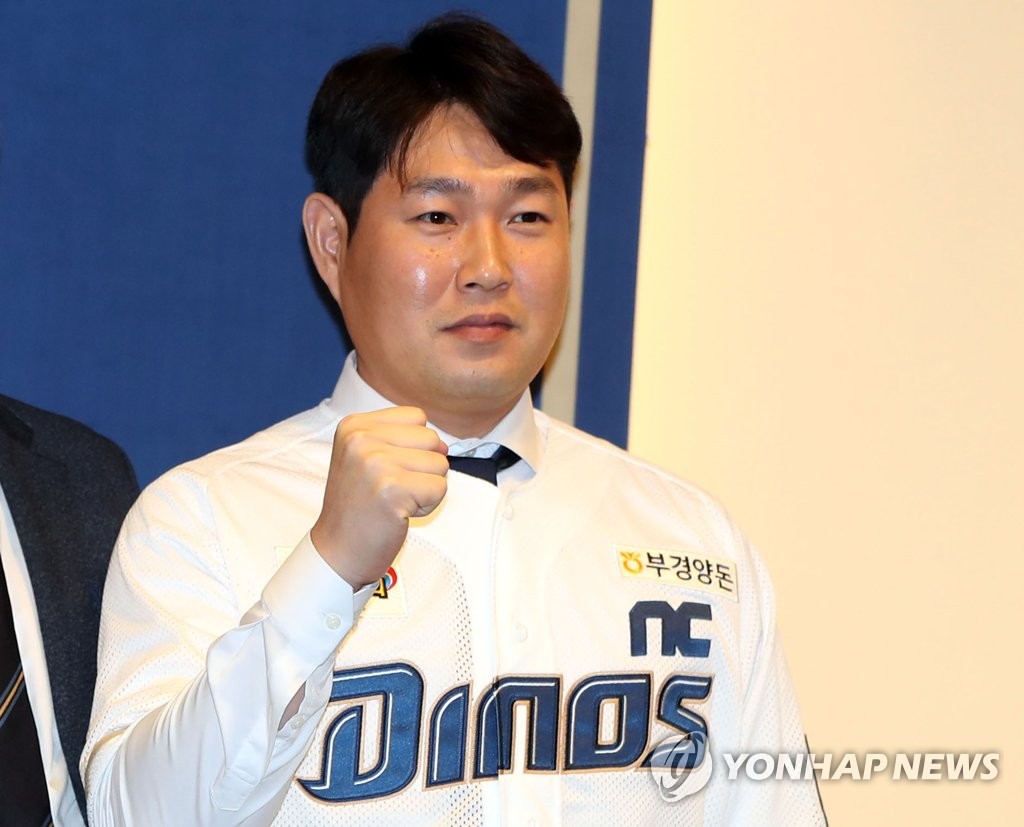 Despite leaving the Bears, Yang said he will still keep his jersey number that he used during his stints with the Seoul-based club. At the Dinos, Yang will still wear No. 25.

"After I decided to make a switch, I first contacted the Bears manager Kim Tae-hyung," he said. "I want to thank the Bears and the manager for making me who I am. I will try to become a better player at the Dinos."

Yang has been long considered the most complete catcher in the KBO, with a rare blend of offensive skills and defensive prowess behind the plate. He is a career .299 hitter with five 20-homer seasons under his belt.

Asked how he will feel when the Dinos meet the Bears, Yang said baseball is baseball.

"I would feel somewhat strange, but you're playing baseball after all," he said. "Instead of thinking that the Bears were my old club, I will try to stay focused with my Dinos teammates and that will give us good results."

Yang said he would especially feel sorry when he faces the Bears left-handed pitcher Yoo Hee-kwan.

"I should have helped him a lot last year, but I couldn't," he said. "Yoo has always been a pitcher I appreciate, and it would feel really strange if I met him at bat."

Yang won the 2016 Korean Series MVP when the Bears cruised to their second straight championship over the Dinos. Yang then batted .438 with one home run and collected four RBIs to help the Bears sweep the best-of-seven series.

If the matchup happens again in the final, Yang said he will try to deliver the same MVP-caliber performance but for his new club.

"Of course, I want to see the Dinos win the title," Yang said. "I've always worked hard to win the championship, and that will not change. My personal goal for the 2019 season is to play all 144 games." 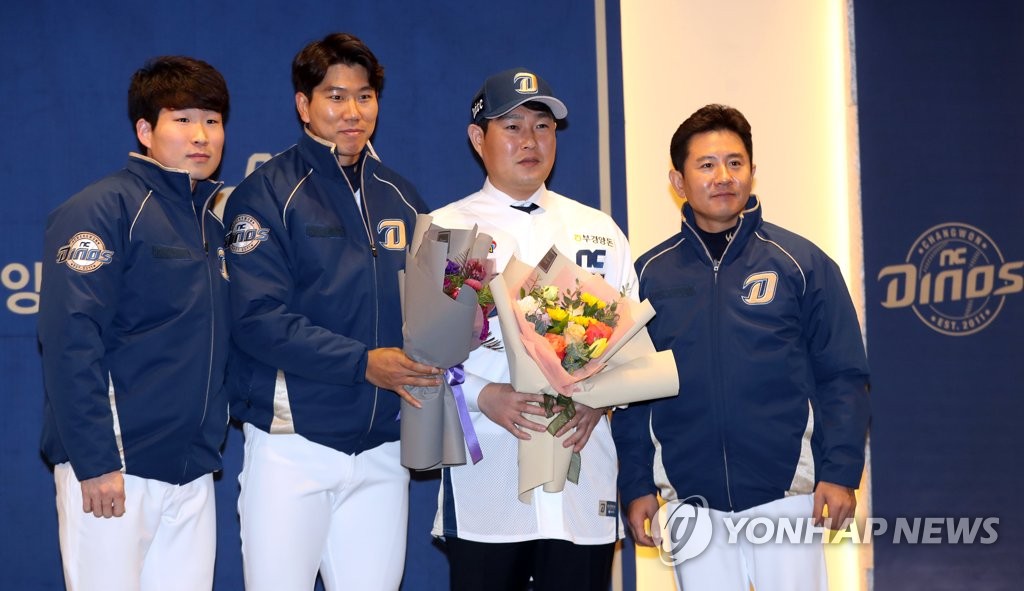 Hard-hitting catcher has no regrets moving to new baseball club

Hard-hitting catcher has no regrets moving to new baseball club