The understanding was reached at a meeting between South Korea's National Tax Service Commissioner Han Sung-hee and his Cambodian counterpart Kong Vibol at the NTS office in central Seoul, according to the NTS.

The NTS said it will begin a two-day training program on Wednesday for a Cambodian delegation on how to improve electronic tax administration for South Korean firms in Cambodia.

More than 900 South Korean firms operate in Cambodia, and their combined investments since 1968 reached US$2.67 billion as of September last year, according to the data compiled by the Export-Import Bank of Korea. 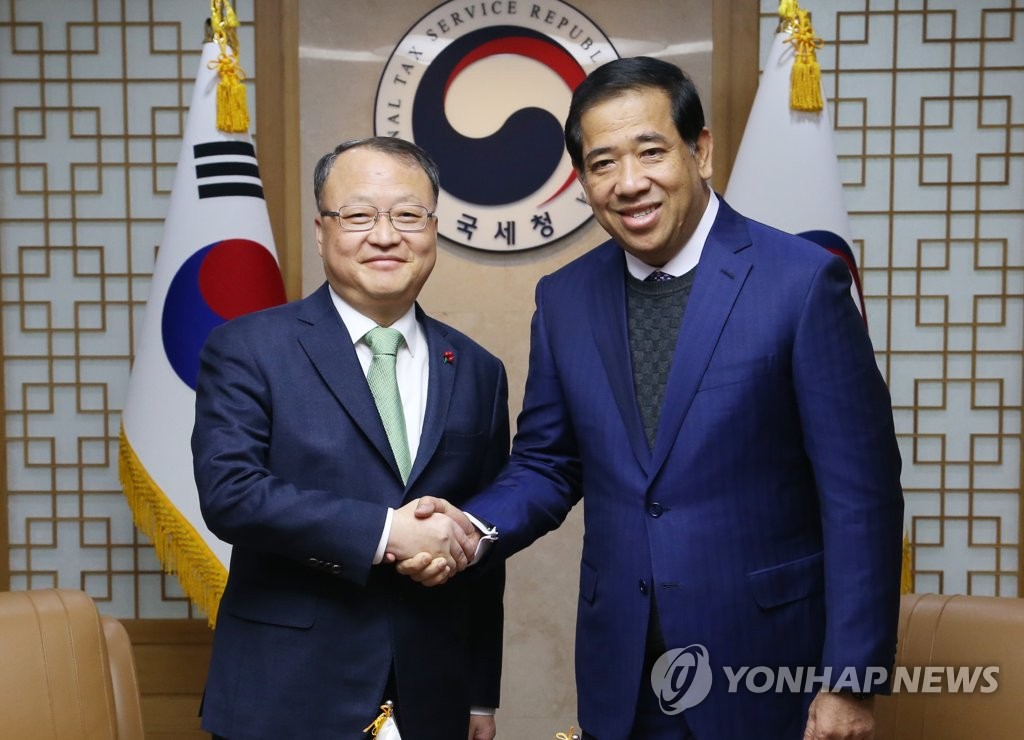