Investors remain wary about the Trump administration's optimism over possibly reaching a "reasonable" trade deal with China. Such concerns weighed on the main index, analysts said.

On Tuesday, Samsung Electronics came up with a lower-than-expected operating income of 10.8 trillion won in preliminary results for the October-December quarter. It was far lower than the market forecast of about 14 trillion won.

The South Korean won traded at 1,124.10 won against the U.S. greenback, down 5.50 won from the previous session's close.

Bond prices, which move inversely to yields, closed down. The yield on three-year Treasurys rose 0.3 basis point to 1.810 percent, and the return on benchmark five-year government bonds climbed 1.5 basis points to 1.892 percent. 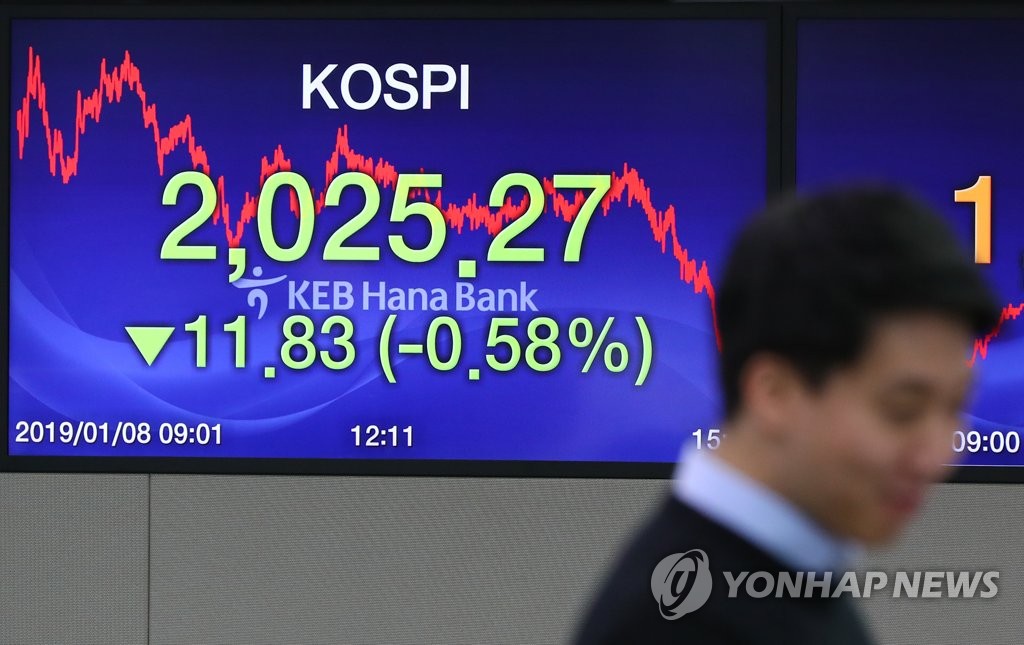