SEOUL, Jan. 8 (Yonhap) -- North Korea announced leader Kim Jong-un's latest trip to China even hours before his arrival in Beijing on Tuesday, the fastest announcement for a country that used to make public such overseas trips only after its leader returned home safely.

Such an early announcement suggests that the communist nation is trying to break out of isolation and become a "normal" country that is not much different from other nations in terms of the way it handles such matters.

On Tuesday morning, North Korean state media widely reported that Kim and his wife, Ri Sol-ju, left for China on Monday afternoon for a four-day visit at the invitation of Chinese President Xi Jinping. Chinese state media simultaneously reported on the trip.

The announcement came after the special train carrying Kim crossed into China. Still, it is considered early because it came hours before the train's arrival in Beijing, the final destination, to kick off Kim's fourth trip to the neighboring ally.

That's a sea change for the North.

When late leader Kim Jong-il, father of the current leader, was in power, the North officially confirmed his trips to either China or Russia only after he was safely back home in Pyongyang.

That tradition largely continued for the current leader's first two trips to China, with North Korean state media reporting the visits only after Kim's train crossed back into the North during the first trip in March and after his plane left the Chinese city of Dalian during his second trip in May.

But that changed for his third trip, with state media disclosing in the middle of Kim's trip to Beijing on June 20 that the leader was on a trip to the neighboring nation.

And for his latest and fourth trip, the announcement came even before his arrival in the Chinese capital.

"In terms of Korean Central News Agency reports, the first and second trips to China were reported after the end of the visits, and in the third visit, it was reported on its last day," a unification ministry official said.

"It is unusual that reports were made on the day he arrived," the official said. 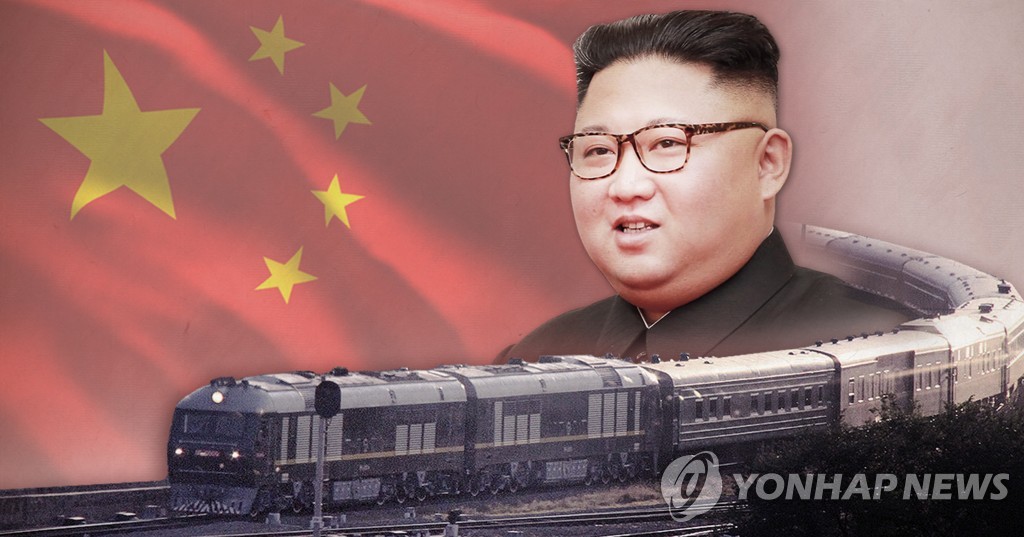