DUBAI, United Arab Emirates, Jan. 8 (Yonhap) -- South Korean attacker Lee Seung-woo on Tuesday said he is determined to help his side at the continental tournament although he joined the national team at the last minute.

Lee wasn't originally included on South Korea's 23-man roster for the Asian Football Confederation (AFC) Asian Cup, but was called up to the national team as a replacement for injured forward Na Sang-ho on Sunday.

Under AFC rules, a participating team at the Asian Cup can drop an injured player and select his replacement from its 50-man preliminary roster until six hours before its first match kickoff time at the tournament.

The 21-year-old Hellas Verona attacker landed in the United Arab Emirates on Monday, and went straight to Al Maktoum Stadium in Dubai, where South Korea defeated the Philippines 1-0 to open their Asian Cup Group C campaign.

"I didn't expect the call," Lee told reporters ahead of training at the Police Officers Club football field in Dubai. "Sunday was my birthday, but as soon as I was told to join the national team, I took a flight. I was really happy." 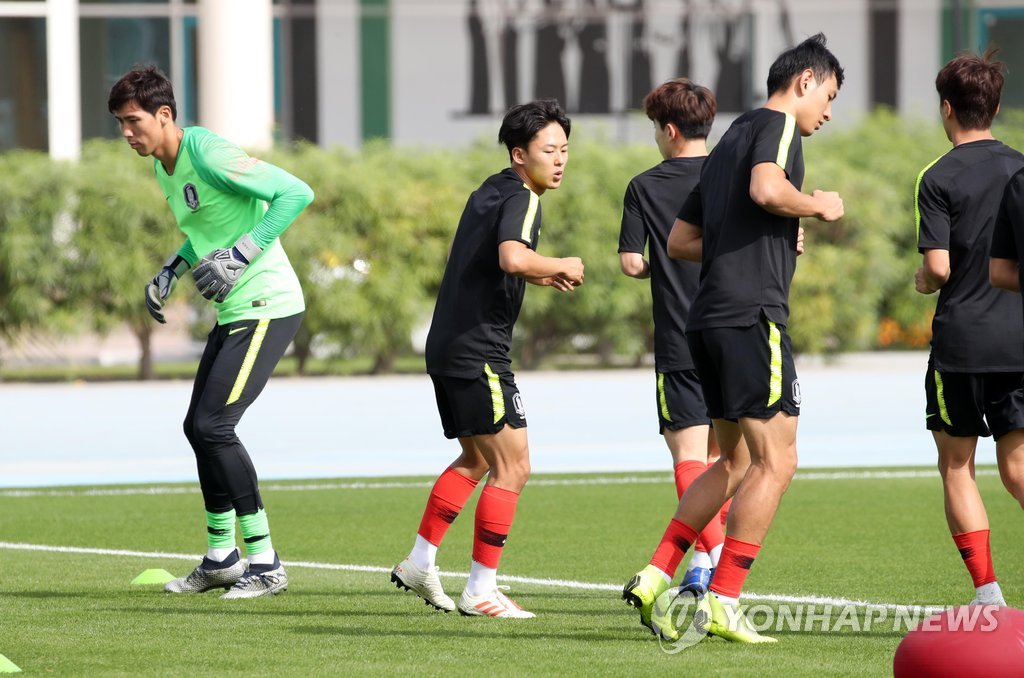 Lee, a youth product of FC Barcelona, played at the 2018 FIFA World Cup in Russia and earned a national team spot for South Korea's first four matches under head coach Paulo Bento, who took the helm in August.

However, he was excluded from South Korea's roster for the friendly matches in Australia in November and appeared to be losing ground. Bento then said South Korea have good and experienced players at Lee's position and the Verona attacker needed to play well with his Italian club.

Lee struggled to get off the bench early in the season, but he has been in good form in recent
weeks after starting in Verona's last six matches in the Serie B. He scored his first goal of the season against Foggia on Dec. 30.

"As a player, I've been always preparing myself to be ready for a match," he said. "I worked hard and did my best for the club and that led me to an opportunity to compete at the Asian Cup."

Lee, who has seven caps with South Korea, is in his first Asian Cup. He can make his Asian Cup debut when South Korea take on Kyrgyzstan in Al Ain on Friday.

"When I joined the team, senior members encouraged me by saying that they felt I was on this team all along," he said. "I'm only thinking about helping and how to mesh with the team quickly." 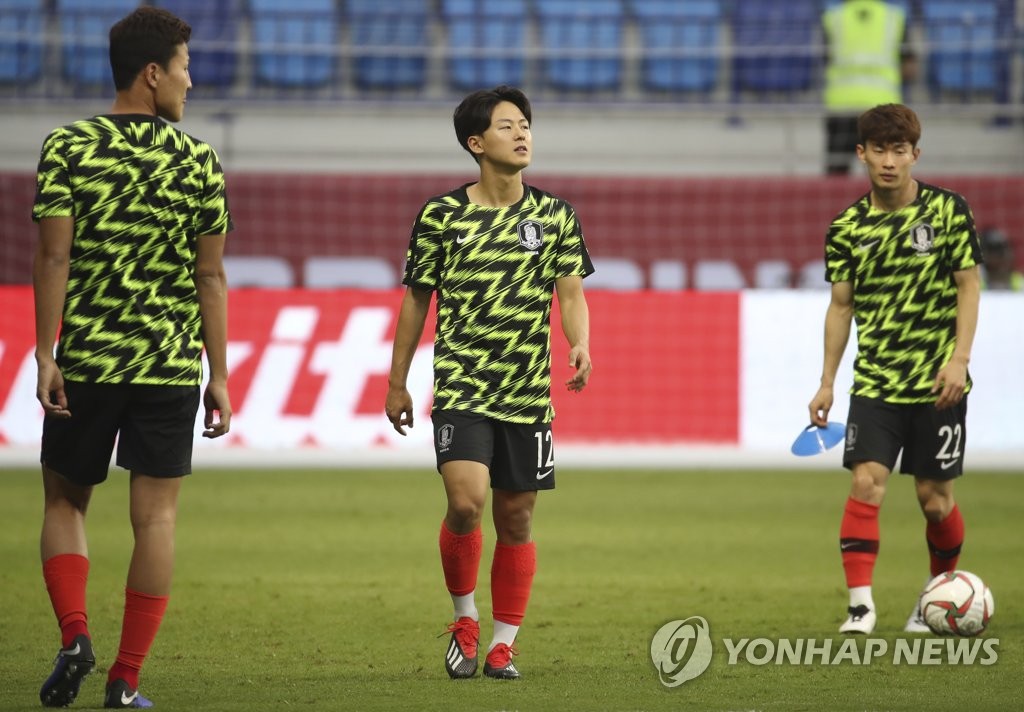