SEOUL, Jan. 9 (Yonhap) -- Hyundai Motor Group said Wednesday it will adopt the holographic augmented reality (AR) navigation system in its vehicles after unveiling the system installed on the Genesis G80 at CES in Las Vegas this week.

Hyundai Motor Co. and its affiliate Kia Motors Corp. aim to apply the advanced navigation system to their mass-produced vehicles, including the G80 sedan, after 2020, the group said in a statement.

"The holographic AR navigation system has been installed in display vehicles at motor shows but it will be the first time for a carmaker to add it to a mass-production model," a company spokesman said over the phone.

At the world's biggest consumer electronics show, which runs from Tuesday through Friday, the South Korean carmaker has unveiled the G80 with the system developed with WayRay, a Swiss-headquartered company that provides holographic AR technology solutions to car manufacturers, the statement said.

WayRay's augmented-reality head-up displays give the driver directions, mark destinations, and deliver current speed and other basic navigation functions. Moreover, safety features, such as lane departure warning and front collision warning, are available on the system as well, it said.

Smart glasses with holographic-display technologies are not required. Hyundai is planning to add other advanced driver assistance systems, such as rear cross traffic alert and highway driving assist, the company said.

The world's holographic display market is expected to grow an average of 30 percent annually to reach US$3.6 billion in 2020, the statement said. 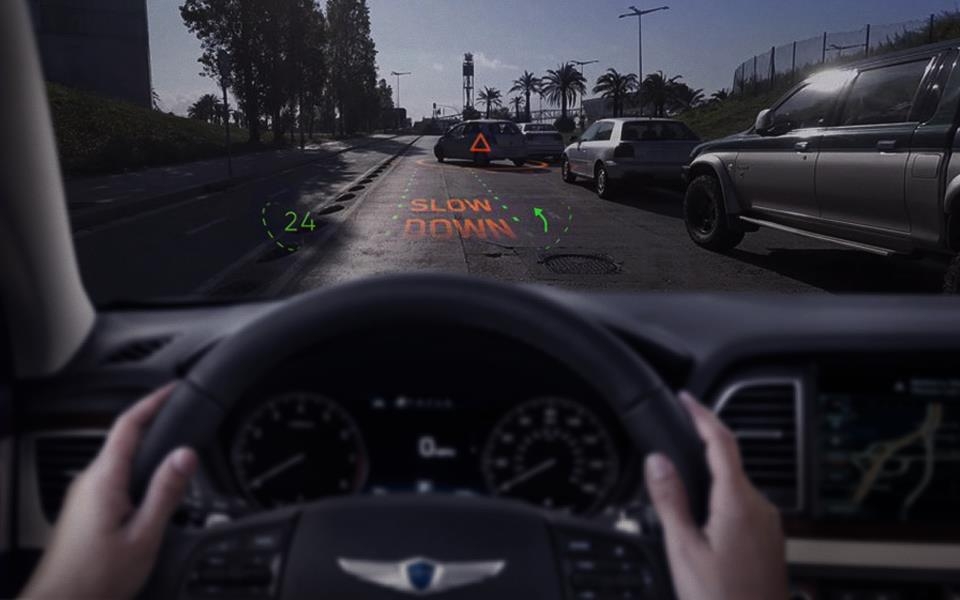