SEOUL, Jan. 8 (Yonhap) -- Cosmic Girls, also known as WJSN, returned to the K-pop scene Tuesday with its new EP "WJ Stay?," which brings out the colorful and dazzling sides of the band's 10 members.

"'La La Love' is a pretty song that carries (a woman's) wish to save love's complex, incomprehensible feelings as if taking pictures," team leader Exy said in a media showcase for the new album.

The lead song's music video features the festivities and colorfulness of a carnival, presenting the 10 members clad in different hues of blue.

"The backgrounds of the music video include a carnival, festival and circus, which bring out the fancy and pretty sides of the members," member Bona said. 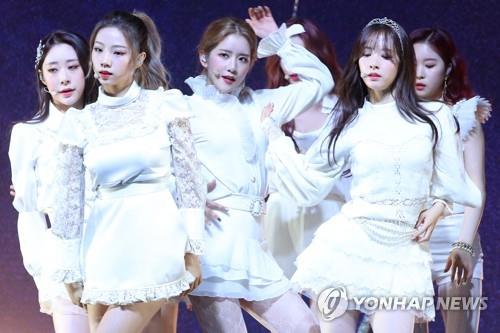 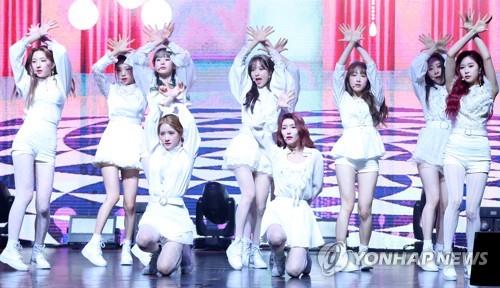 Including the main song, the album has seven tracks. Exy took part in the writing of the lyrics for all seven tracks, including the last one, "Ujung," which member Dawon also helped compose.

"Ujung" is one of the album's two fan-oriented songs. The other song, "Star," is a luminous pop ballad that conjures up the image of a star-studded night sky.

"Ujung" was Dawon's first time helping with songwriting. "I enjoyed the songwriting so much that I am eager to do another song in the very near future, a better song, possibly in the genre of a ballad like 'Star,'" Dawon said.

The album's fourth track, "Memories," was recorded with the band's full 13 piece lineup, including three Chinese members -- Meiqi, Xuanyi and Cheng Xiao. They were absent from the recording of the album's lead song due to their separate entertainment activities in China.

Next month, Cosmic Girls will celebrate the third anniversary of their debut in 2016.

Late last year, the girl band had their first No. 1 on a local weekly music show with their hit song "Save Me, Save You," the lead track off their previous extended play "WJ Please?" out in September.

"After taking the No. 1 place, we came under a sense of responsibility and duty," member Yeonjung said. With the new album, she aims to secure the "triple crown," or taking three weekly No. 1s in a row, she said.

Also this year, the girl band seeks to throw solo concerts at home and abroad to reach out to their supportive fans more intimately.