SEOUL, Jan. 8 (Yonhap) -- North Korean leader Kim Jong-un may discuss the issue of a peace treaty with his Chinese counterpart, Xi Jinping, during his trip to Beijing, South Korea's spy agency was quoted as saying by lawmakers Tuesday.

A special train, carrying Kim and his wife, Ri Sol-ju, arrived in Beijing earlier in the day on a four-day trip at the invitation of Chinese President Xi, according to the North's state media.

The National Intelligence Service (NIS) told lawmakers at a closed-door briefing that Kim may discuss ways to push for a peace treaty that could involve China ahead of his possible second summit with U.S. President Donald Trump, according to lawmakers on the intelligence committee.

In a New Year speech, Kim called for multilateral talks involving the signatories to the truce that ended the 1950-53 Korean War, including China, and replacing it with a peace treaty.

His trip raises speculation that a second summit between Trump and Kim might be imminent amid an impasse over North Korea's denuclearization. They held their historic first summit in June in Singapore.

The NIS said that Kim will likely seek to discuss sanctions relief and Pyongyang's denuclearization with Xi, according to lawmakers.

Kim appears to want to reaffirm China's role as the North's patron and receive a security guarantee as the two countries mark the 70th anniversary of their diplomatic ties this year.

The NIS also added that Kim is expected to inspect industrial facilities in the southeastern Chinese city of Tianjin.

The spy agency believes that Kim has an interest in the electricity, tourism and construction sectors.

"Kim's visit seems aimed at coordinating stances between the North and China ahead of a potential (Kim-Trump) meeting," a lawmaker told Yonhap News Agency.

"At the same time, he apparently seeks to put pressure on the U.S. by highlighting the North's ties with China." 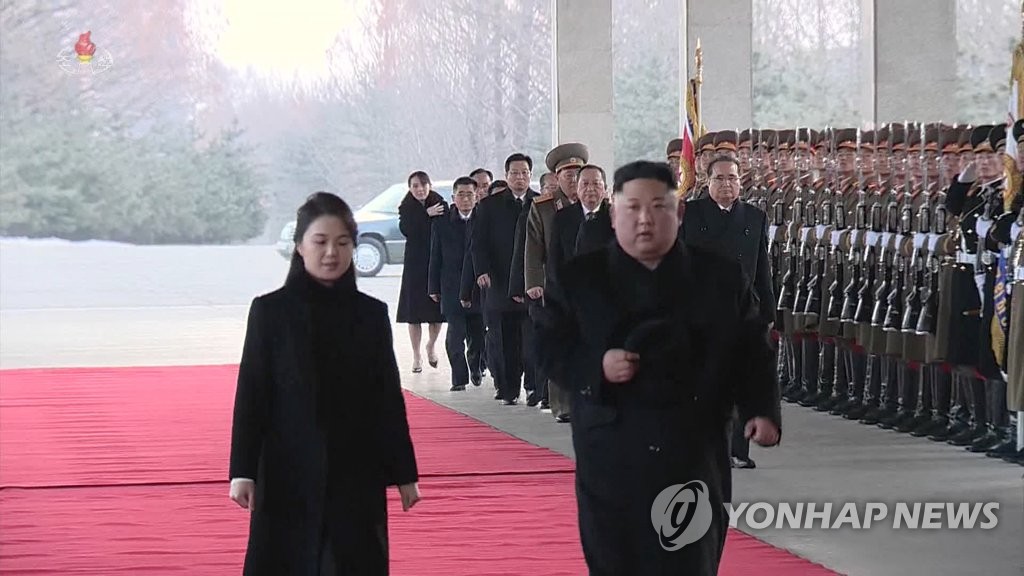