Shim accused Cho Jae-beom of raping and sexually molesting her multiple times since 2014 when she was a high school student, according to the complaint submitted to police on Dec. 17.

The 22-year-old Shim said that Cho's alleged sexual abuse continued until around two months before the opening of the PyeongChang Winter Olympics in February 2018.

She said that she could not tell the truth because of Cho's threat that the revelation could hamper her career.

"Shim has recently alleged that Cho raped her," said a person close to Shim, explaining the reason for filing additional complaint against him.

Cho received a 10-month prison term in September for physically assaulting Shim and three other skaters between 2011 and January 2018.

An incident involving Shim came to light in mid-January 2018, just weeks before the PyeongChang Olympics, when Shim left the national team training facility, apparently to avoid further assaults by Cho. 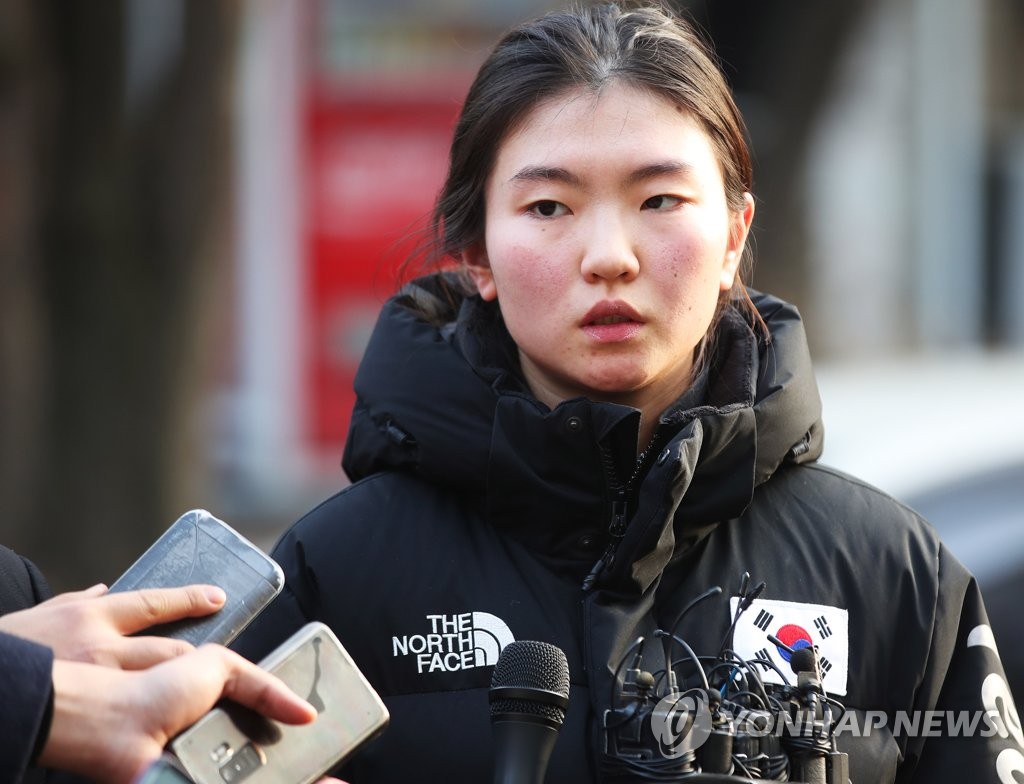