Trump and Kim have both said they want to meet again to follow up on their historic first summit last June, which produced an agreement to work toward the complete denuclearization of the Korean Peninsula in exchange for security guarantees from the U.S.

This week Trump said the location will probably be announced "in the not-too-distant future." 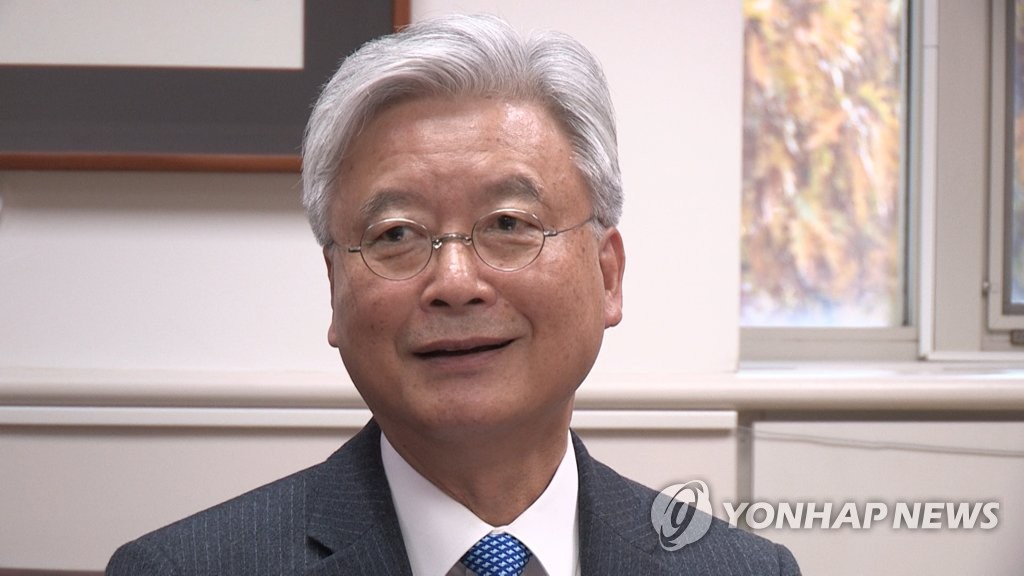 "It appears to me that back-channel communication for a North Korea-U.S. summit is ongoing," Ambassador Cho Yoon-je told reporters at a briefing.

He didn't elaborate on the communication but added, "President Trump and Chairman Kim have a firm will, so I'm hopeful that a preparatory meeting (for the summit) will be held in the near future."

U.S. Secretary of State Mike Pompeo and senior North Korean official Kim Yong-chol were expected to start planning in New York in November, but that meeting was abruptly canceled.

Trump later said the summit could happen in January or February.

Progress on implementing the denuclearization agreement has been slow, but the ambassador said this year will be crucial in assessing last year's diplomatic achievements.

"I think the results we achieve this year in terms of making progress in North Korea-U.S. talks, denuclearization and inter-Korean relations will significantly determine whether 2018 is recorded as a year of great change for the future of the Korean Peninsula or a year that made a bold start but ended up taking a path similar to that of the past," he said.