The unemployment rate stood at 3.4 percent last month, up 0.1 percentage point from a year earlier, according to the data compiled by Statistics Korea.

The number of employed people reached 26.63 million in December, an increase of 34,000 from the same month in 2017, according to the latest findings.

The unemployment rate for young adults -- those aged between 15 and 29 -- stood at 8.6 percent, down 0.6 percentage point from the previous year. 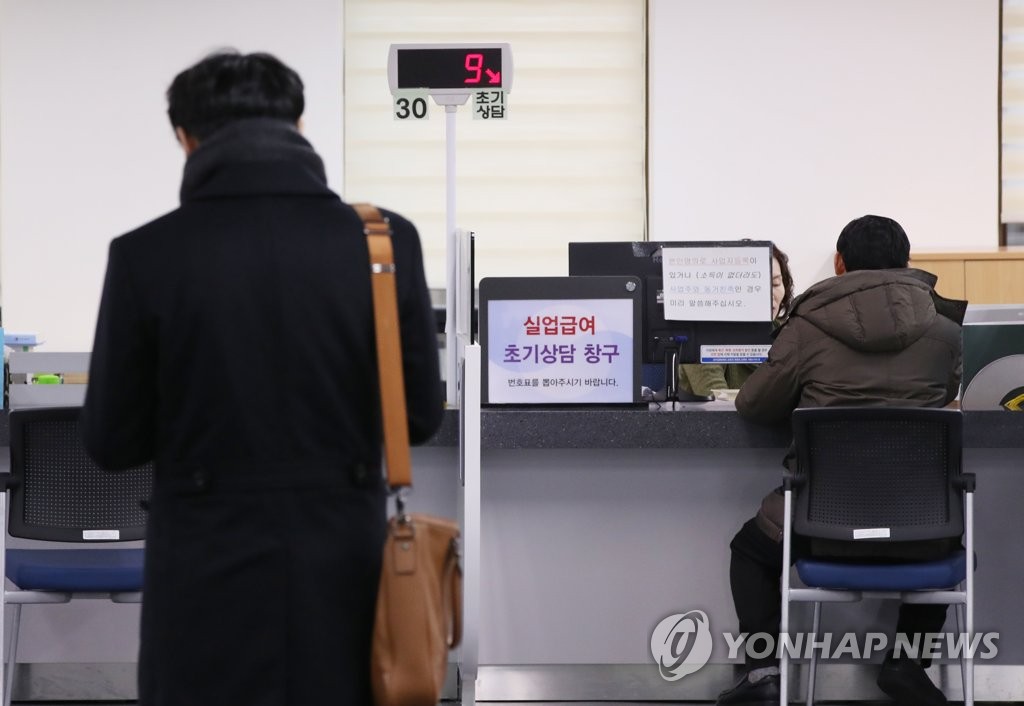 The manufacturing sector lost 127,000 jobs in December compared with the previous year, and the retail sector also saw a reduction of 63,000 positions.

In contrast, the health and social welfare sectors added 154,000 jobs, and the information and communication sectors saw an increase of 94,000 jobs last month.

For the whole of 2018, the unemployment rate for Asia's fourth-largest economy stood at 3.8 percent, a record high since 2001 when the corresponding figure came to 4 percent.

The slowdown in employment growth is mainly due to a decline in the economically active population and growth of the overall population as well as poor performance in the manufacturing and service sectors, said Bin Hyun-joon, head of the employment statistics division at the statistics agency.

Hong Nam-ki, the minister of economy and finance, said the government will place its top priority on revitalizing the economy, calling corporate investments a key to job creation.

On Wednesday, Hong said he expects Hyundai Motor Group to begin construction of a 3.7 trillion-won (US$3.3 billion) project to build a 105-story building in southern Seoul as early as before June.