SEOUL, Jan. 9 (Yonhap) -- South Korea's state-run trade promotion agency said Wednesday local exporters can increase their sales despite the potential slowdown of the global economy by focusing on high-end technologies and setting their sights on meeting the needs of the younger generation.

"Despite global protectionism and the concern over slowed growth, we can still find new growth opportunities and possibilities if we roll out customized strategies for different industries and keep a watchful eye on markets with potential," KOTRA President Kwon Pyung-oh said.

The trade promotion agency hosted a conference with around 900 invitees and suggested guidelines to exporters, helping them to cope with potential hurdles in the global market this year. 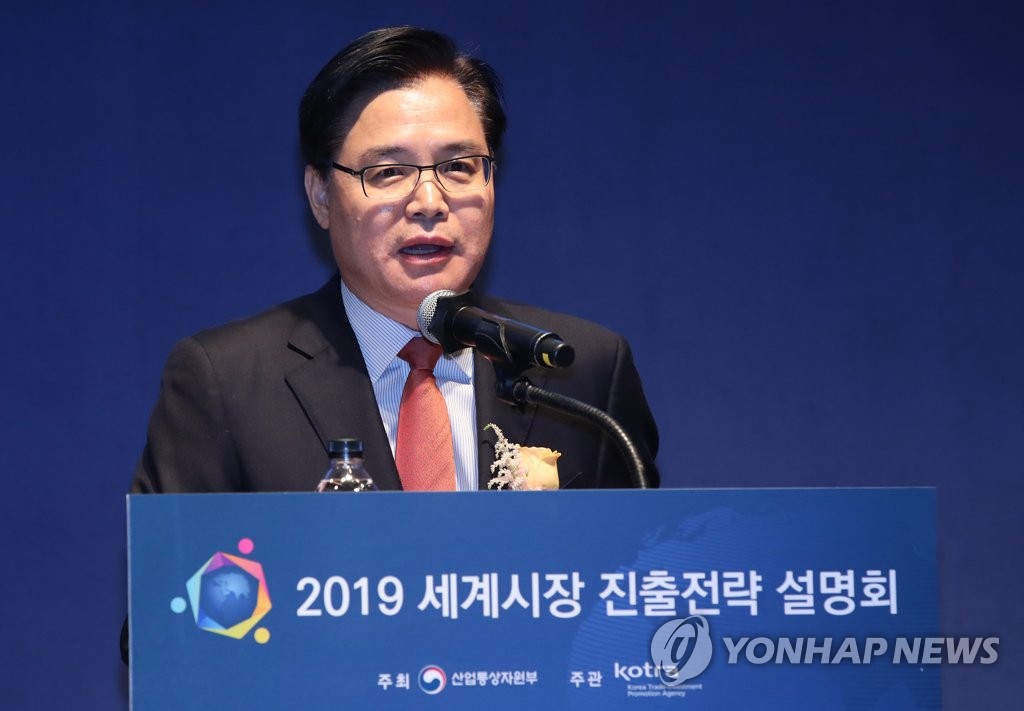 "This year, the export environment is anticipated to be challenging in the face of slower economic growth of major countries," Vice Industry Minister Cheong Seung-il said, claiming the government will support local firms' efforts to penetrate deeper into emerging countries.

"Based on the revitalization of manufacturers and innovative strategies, (the government) will also seek to help materials and machinery firms to make inroads on the global stage," Cheong added.

KOTRA said exporters should especially pay attention to the demand for high-end technologies in the North American and European markets.

The trade agency said the U.S. market has been posting rapid growth in high-end industries utilizing Internet-of-Things or artificial intelligence technologies on the back of the commercialization of fifth-generation (5G) network services.

Companies in the U.S. are also seeking new suppliers amid the prolonged trade dispute with China, KOTRA added.

KOTRA said millennials, people born between early the 1980s and 2000, and generation Z, those born from the mid-1990s to 2000s, have emerged as major consumers in the advanced market, claiming exports should implement marketing strategies focusing on those groups, both online and offline.

"Under protectionism trends, it is hard to penetrate into the market just by shipping goods," Sohn Soo-deuk, who heads KOTRA's North American office, said. "We can overcome protectionism by investing locally."

As for the Asian market, the trade agency said exporters can expand sales of consumer products such as foodstuffs, cosmetics and clothes, as the demand for such goods has been increasing in the region on the back of the popularity of Korean culture, including songs and TV shows.

In Russia and Central Asia, KOTRA said South Korean firms can find opportunities in the gas, railroad and power segments, proposing they consider joining hands with local players in the area.

KOTRA emphasized that emerging economies in Africa and Latin America are also seeking to partner with South Korean firms in various segments.

The agency added that exporters should not just consider other countries as markets but carry out projects that can mutually benefit both sides, such as transferring technologies or investing.

To beef up the country's exports, KOTRA said it will provide customized support to local small and medium-sized companies to help them expand their presence in overseas markets.

"In the era of the fourth industrial revolution, companies should seek to upscale their employees. They must make efforts to build new capabilities," Choi Won-sik, who heads the South Korean office of global consulting firm McKinsey & Company, said during the conference.

Choi also said South Korean firms should hire people with knowledge of the latest technologies so that the companies can apply existing businesses to the fourth industrial revolution.

The agency plans to host conferences this week in other major South Korean cities -- Busan, Daegu, Gwangju and Ulsan. 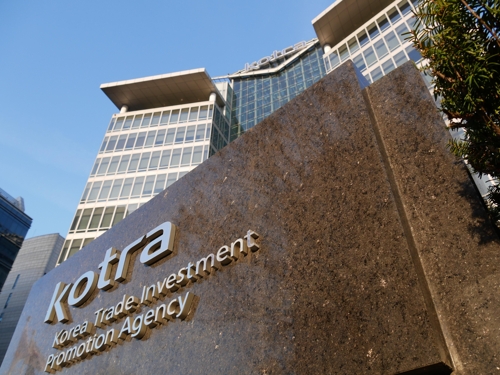