According to the sources, Nawah Energy Company, the operator of the Barakah nuclear plant, is receiving bids for the long-term maintenance agreement (LTMA) for the nuclear power plant.

The operator has been in talks with three bidders -- a KHNP-led consortium, Doosan Babcock and Allied Power of the United States. Doosan Babcock is an affiliate of Doosan Heavy Industries Co., South Korea's leading power equipment maker.

Korean utility firm KEPCO has been building four APR-1400 reactors in Barakah, with one of the first units getting ready for operation. All four units are scheduled for completion by 2020.

Under the agreement, EDF said it will provide Nawah with services in operational safety, radiation protection, fuel cycle management and environmental monitoring.

Nawah's service agreement with EDF has raised concerns over South Korea's chances of winning a long-term operation contract at the Barakah power plant amid the government's nuclear phase-out policy.

Seoul is pushing to gradually phase out nuclear power on rising safety concerns, while seeking ways to export indigenous nuclear reactors to maintain the local supply chain and workforce.

South Korea is also trying to win Saudi Arabia's first nuclear project after being selected as one of the preferred bidders in June, along with rivals from the United States, France, Russia and China. 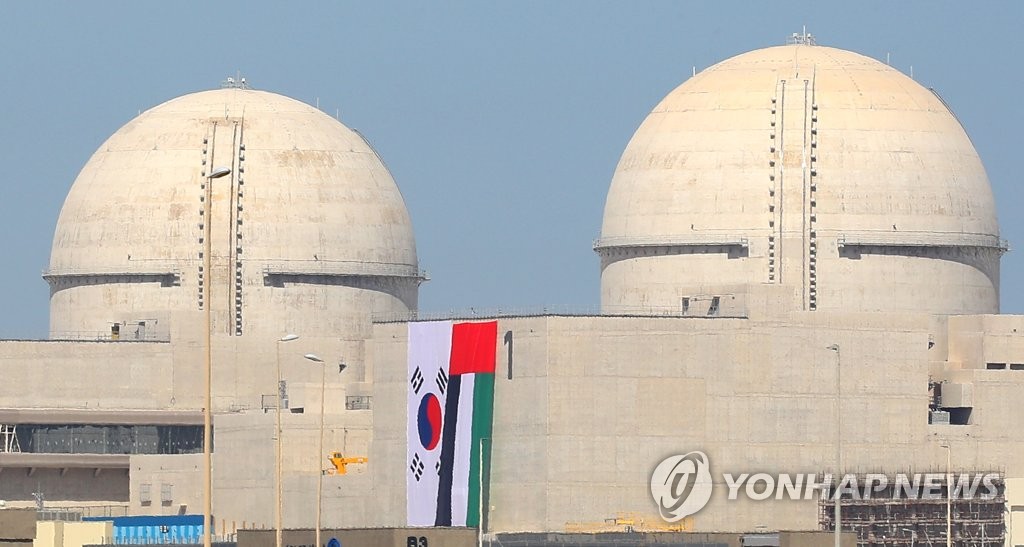