The album ranked 59th on the Billboard 200 for the week of Jan. 12, climbing 18 notches from a week earlier. It was the biggest upward stride since the album debuted as No. 1 in early September, BTS' management agency Big Hit Entertainment said.

BTS stayed atop the Social 50 chart for a record-long 78th week in a row, according to the Billboard website.

On Saturday, BTS resumed their "Love Yourself" world concert tour with a stop in Nagoya from Saturday to Sunday. For two days from Feb. 16-17, the group will perform in Fukuoka before moving to Hong Kong and Bangkok in March and April.

All the tickets for the events were sold out, according to Big Hit.

The world tour kicked off in Seoul in August and has hosted some 320,000 fans in North American and European cities so far. 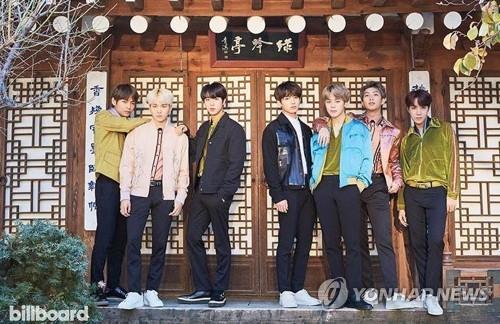