SEOUL, Jan. 9 (Yonhap) -- A South Korean ruling party lawmaker said Wednesday he will push for a concert of Korean singers, including world-famous boy band BTS, in North Korea this fall.

Rep. Ahn Min-seok of the Democratic Party told Yonhap News Agency that he contacted BTS' agents last month to inquire whether the band could take part in a concert he will push for at the Rungrado May Day Stadium in Pyongyang, the North's capital, in September.

Ahn, who serves as the chairman of the National Assembly Committee on Culture, Sports and Tourism and leads his party's special committee on inter-Korean cultural and sports cooperation, said that the Pyongyang concert will be promoted to celebrate last September's inter-Korean summit in the North. 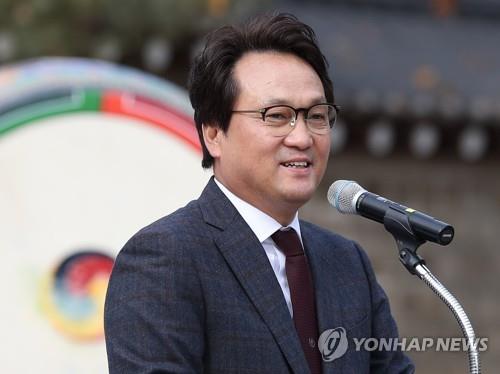 During his visit to Pyongyang at that time, President Moon Jae-in gave a landmark speech in front of about 150,000 Pyongyang citizens at the May Day stadium.

"Late last year, I proposed to BTS agents that the band appear in the Pyongyang concert and asked them whether its timing can be arranged," Ahn said by phone.

The lawmaker said he expects the participation of BTS and other top Korean singers in the concert to help spread popular culture of the free world among Pyongyang citizens.

He also expressed hope that renovation of the May Day stadium will be completed prior to the September concert, though its feasibility will depend on the outcomes of the North's further summits with the United States and South Korea.

Ahn, who visited Pyongyang three times last year, said he has been asked by the North to help with improvements to the May Day stadium's grass and facilities.

Meanwhile, Ahn said he will also advocate an inter-Korean joint concert in the Demilitarized Zone this spring in celebration of the first anniversary of the April 27, 2018, inter-Korean summit at Panmunjom.

The lawmaker said he recently visited the DMZ in Cheorwon, Gangwon Province, about 90 km northeast of Seoul, to search for a concert site.