Jeju didn't reveal details of the contract with Aguilar but confirmed that the 27-year-old will have his second season in South Korea with them.

Aguilar had an impressive season with Incheon United in the K League 1 last year on loan from Costa Rican side Herediano. He posted three goals and 10 assists in 35 matches and helped Incheon to survive in the relegation battle against other clubs.

Aguilar finished the 2018 season in second for most assists in the league and was later named to the 2018 All-K League 1 squad in the midfielder category.

Following his performance, Aguilar also featured in the Costa Rican national football team's friendly match against South Korea in Goyang, north of Seoul, in September 2018. He has 14 caps with Costa Rica.

"Aguilar is a top-class midfielder in the K League 1 and has an ability to produce assists," Jeju head coach Jo Sung-hwan said. "When we have this kind of player, our quality of play gets better." 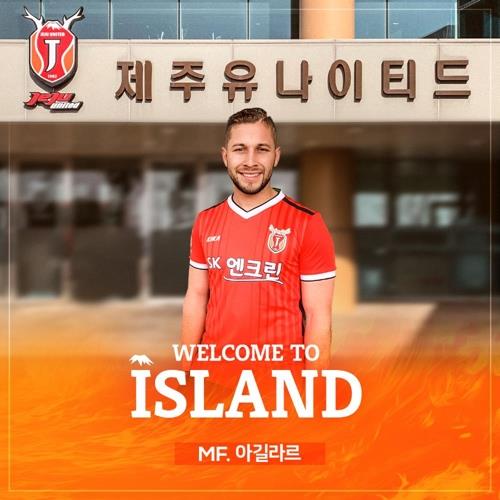