According to major online shopping mall Gmarket, the sales of tumbler cups surged 45 percent in the Dec. 3-Jan. 2 period compared with a year earlier, with the sales of mug cups surging 18 percent on-year.

Since August 2018, the government has pushed to reduce the use of plastic cups and straws to protect the environment by clamping down on coffee shops that provide drinks in disposable cups without first asking customers.

Gmarket said an increasing number of consumers are using tumblers at coffee shops and local coffee franchises are also decreasing their orders of plastic cups and straws.

Starbucks Coffee Co. has been rolling out a series of measures to protect the environment and announced its decision in July to eliminate single-use plastic straws from its 28,000 stores worldwide by 2020.

Starting this year, the government has banned big-time supermarkets and retailers nationwide from using disposable plastic bags in an attempt to conserve natural resources and reduce recyclable waste.

Subject to the ban are 2,000 outlets of major discount chains and 11,000 supermarkets with retail floor space of 165 square meters or more, where handing out free plastic bags is currently prohibited. 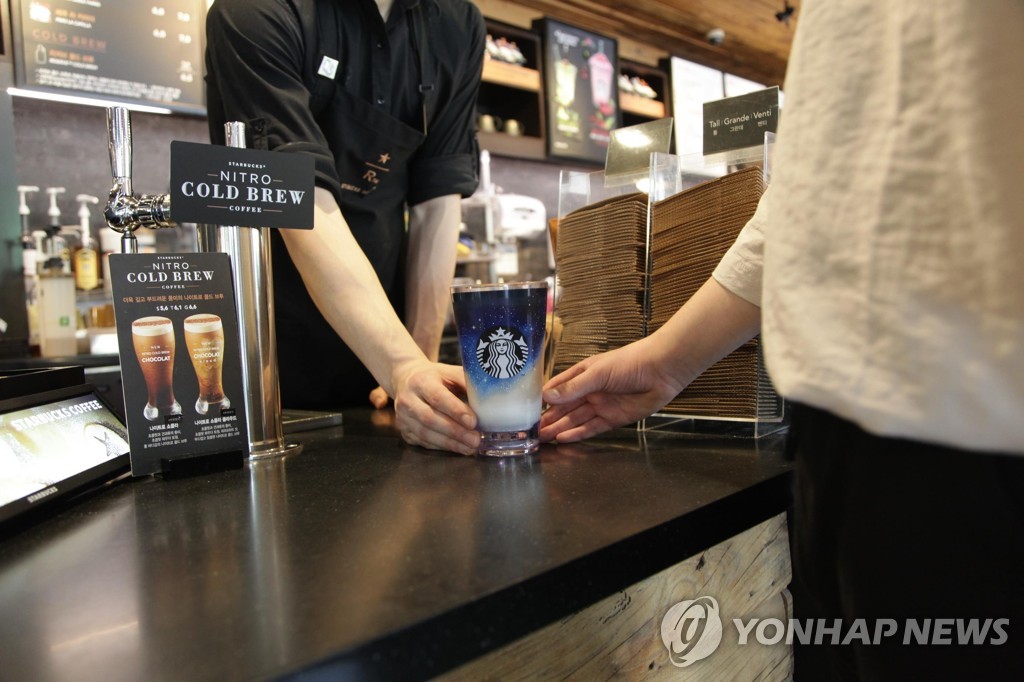