BEIJING, Jan. 9 (Yonhap) -- North Korean leader Kim Jong-un left China's state guesthouse on what is expected to be an industrial tour Wednesday, a day after he met with Chinese President Xi Jinping in a show of close ties ahead of his possible second summit with U.S. President Donald Trump.

Escorted by police motorcycles, a limousine carrying Kim was seen leaving the Diaoyutai State Guesthouse at around 9 a.m. and heading east. Sources said Kim is expected to visit an economic-technological development zone in Beijing.

Kim embarked on a four-day trip to China on Monday afternoon. He arrived by train in Beijing on Tuesday and hours later held a summit with Chinese President Xi Jinping. Details on what they discussed during about an hourlong meeting have yet to be disclosed. 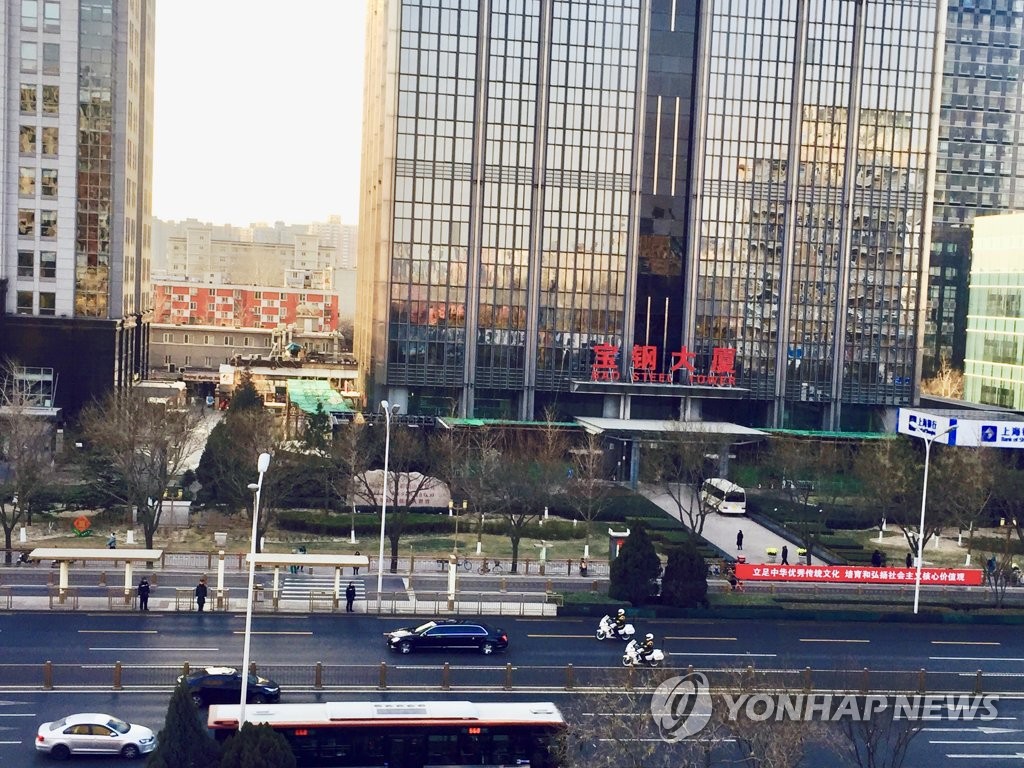