SEOUL, Jan. 9 (Yonhap) -- The finance minister said Wednesday that he will "deeply" consider whether to withdraw a complaint filed against a former junior official for leaking government secrets.

Hong Nam-ki, the minister of economy and finance, said he hopes first of all that Shin Jae-min will regain his health. He made the comments to reporters after a meeting with relevant officials in Seoul. 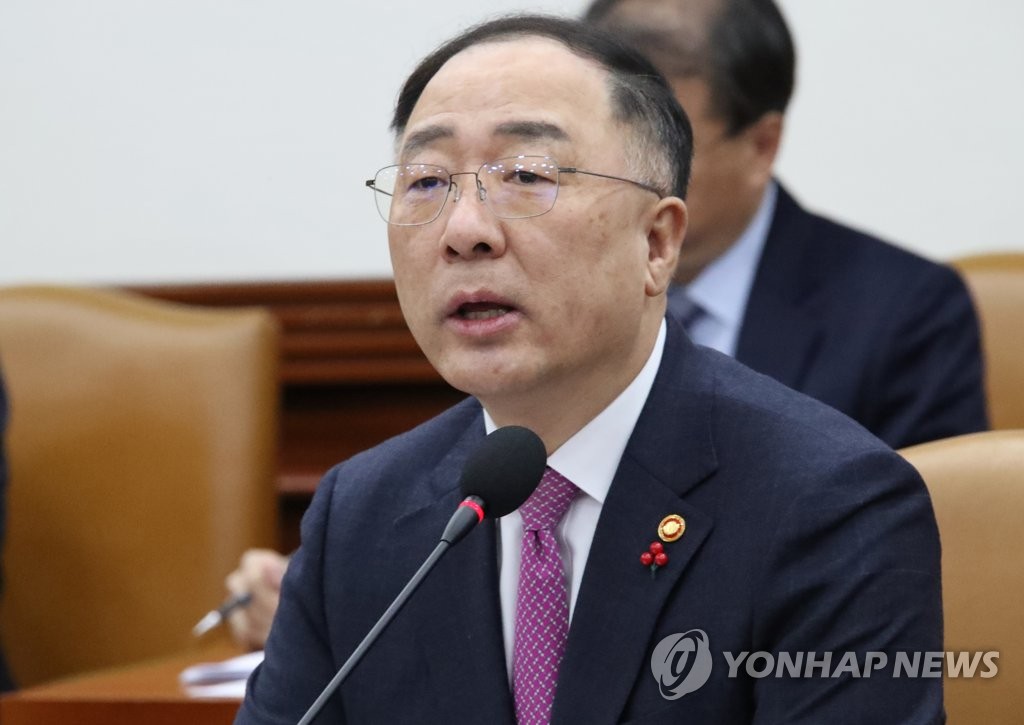 Shin has been hospitalized for a failed suicide attempt after the ministry filed a complaint against him on charges of divulging official secrets and violating the public records management act.

The 33-year-old claimed that the ministry tried to issue deficit-covering bonds worth 4 trillion won (US$3.58 billion) in late 2017 under pressure from the presidential office.

Shin -- who worked in the ministry's treasury department -- has also said that the presidential office made a failed attempt to replace the CEO of KT&G Corp, a claim rejected by the ministry.

In March last year, South Korea's state-run Industrial Bank of Korea called for a CEO change at the tobacco company during a shareholders meeting, but it was voted down, according to market sources.

Foreign investors and the Industrial Bank of Korea had 53.3 percent and 6.9 percent stakes in KT&G as of the end of 2018, respectively.
(END)