The South Korean home appliance maker unveiled its 65 inch-rollable OLED TV, which can appear and disappear from a base unit with a click of a remote control, at the CES. 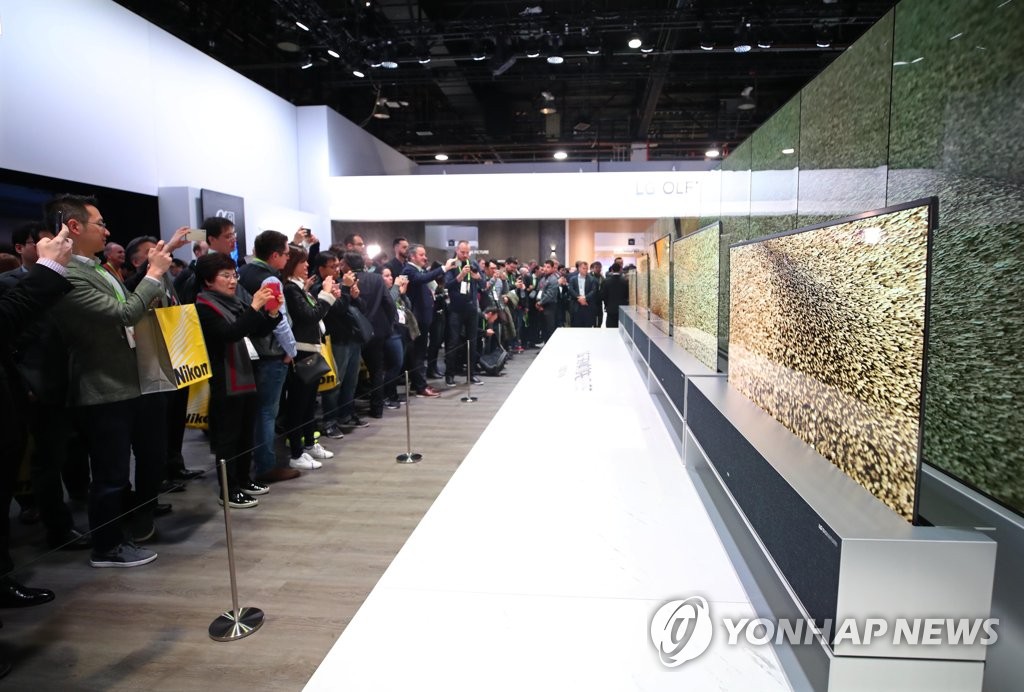 LG said it will release the premium TV in the Korean market in the second half of the year and target other markets later, without elaborating on the details of the price and timing.

"A rollable TV is basically an OLED TV and it doesn't add material costs, but changing the operating mechanism could add to the costs," LG Electronics president Kwon Bong-seok said during a press conference. "We will set prices based on how much consumers are willing to pay for the rollable TV, rather than seeking profits."

Kwon said the rollable TV exhibited at the CES is just a sample of how it can be used in real life, suggesting a broad range of applications.

"Should the TV only stand on the ground? It could be on the ceiling. We can use technology in many ways," he stressed. "It is meaningful that we showed how far displays have evolved."

"We are looking at ways to make panels smaller than 65 inches to see whether they can be used for small gadgets, such as tablets," Kwon said.

To foster new growth drivers, Kwon said LG has been shifting its focus from LCD to OLED to target the growing premium TV market.

"Despite the stagnant TV market, the OLED TV market is expected to expand to 20 million units over the next three years," he said. "We will expand the sales ratio of large OLED TVs."

LG Electronics says price could be hurdle for rollable TV

LG Electronics says price could be hurdle for rollable TV