The net asset value of the country's ETFs increased 15.2 percent last year from a year earlier to amount to 41 trillion won, according to the Korea Exchange (KRX).

During the one-year period, a net 10.1 trillion won flew into the market, the KRX said, adding that the daily turnover on average spiked 49 percent on-year to come to 1.5 trillion won as of the end of 2018, which is an all-time high.

A total of 95 new products were introduced last year, which is also an all-time record, bringing the total number of ETFs on the market to 413, up 27 percent from the previous year, according to the KRX.

The net assets of ETFs accounted for 2.6 percent of the total capitalization of the local stock market, up 0.7 percentage point on-year, the bourse operator noted.

Representing a basket of stocks that reflect an index, an ETF can be traded on stock exchanges. That very feature allows more flexibility in making investments and leeway for risk hedging. 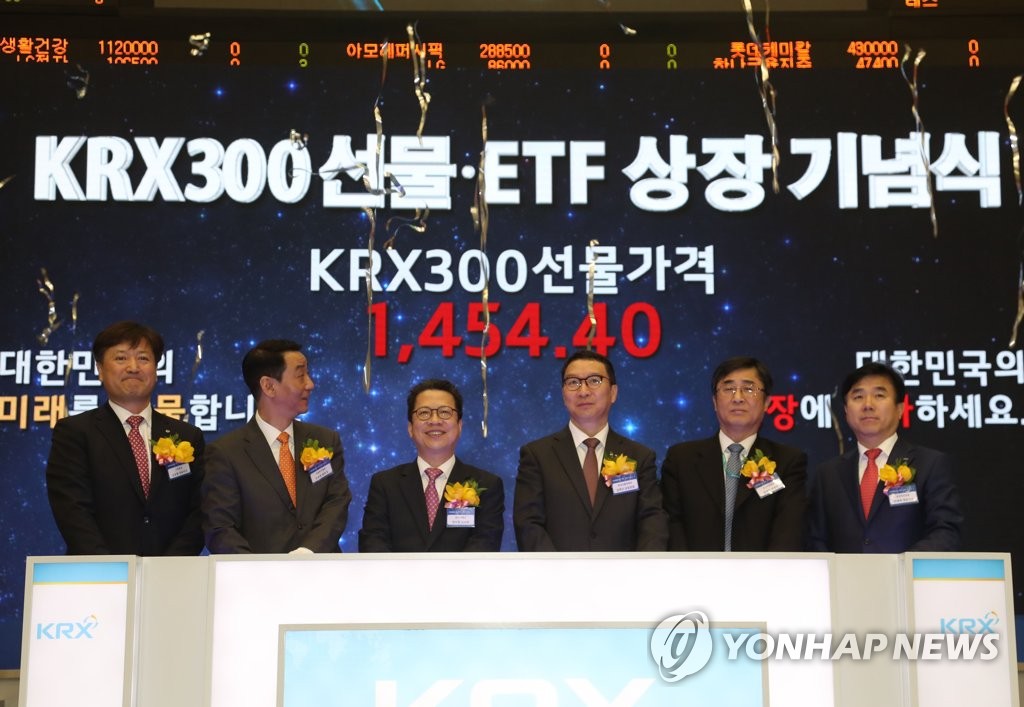