The moves come after Samsung came out with a lower-than-expected operating profit of 10.8 trillion won (US$9.62 billion) in its guidance results for the October-December quarter. Apple said revenue for the quarter ending in September will come in at around $84 billion, lower than its previous guidance between $89 billion and $93 billion.

Starting Jan. 1, Samsung began to replace the display of its smartphones in case of screen burn-in within one year of purchase. The company said it will replace the screen as many times as needed within the set period.

Previously, the Korean handset maker allowed customers to replace their smartphone displays only once within a year of purchase for the same problem, a company spokeswoman said by phone.

Screen burn-in or image burn-in is discoloration of areas on an electronic display caused by cumulative non-uniform use of the pixels.

Apple said it is mulling the launch of an AppleCare+ protection program for its products such as iPhone X and iPhone XS sold in Korea, an industry official familiar with the matter said.

Apple could not be reached for comment on its strengthened services.

The U.S. phone maker has been under fire for not adopting the program for Korean customers, though they have asked for the program due to high accidental damage coverage costs.

In other efforts to boost sales, Samsung temporarily held a promotion event allowing its existing customers to buy the Galaxy S9 and the Galaxy Note 9 at discounted prices late last year. Apple is holding a promotion to give discounts to current users of its phones when they return old phones and buy a new one this month. 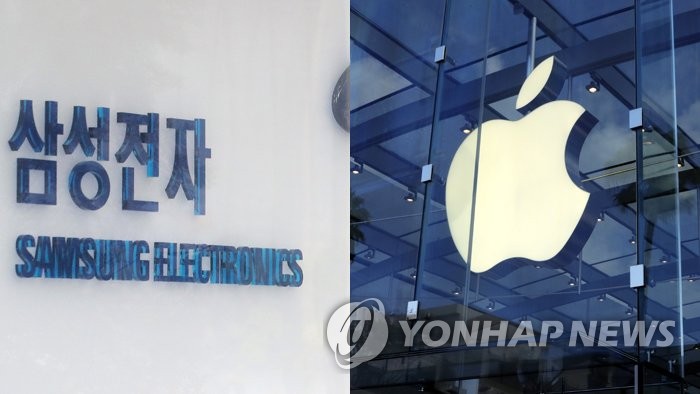