SEOUL, Jan. 9 (Yonhap) -- South Korea's pointman on North Korea said Wednesday that he believes that the two Koreas see the need to hold high-level talks to discuss their ties.

"The two Koreas discussed general issues during their high-level talks on Jan. 9, 2018, following (Kim's) new year speech. I judge that both sides are seeing the need for such talks," Cho told lawmakers at a meeting of the special parliamentary panel on inter-Korean economic cooperation.

"We plan to consult with the North (over potential high-level talks) after taking into account the outcome of Kim's trip to China," he added.

The two Koreas last held a high-level meeting in October 2018 to discuss the implementation of agreements reached in a summit between President Moon Jae-in and Kim held in Pyongyang the previous month.

Kim's four-day trip to China that began Monday has raised speculation that his summit with U.S. President Donald Trump might be imminent.

Kim held his fourth summit with Xi Tuesday in Beijing, during which they are believed to have coordinated their stances ahead of the proposed Trump-Kim summit and discussed ways to strengthen Pyongyang-Beijing ties.

Cho said that the government had been aware of Kim's China trip in advance.

"There was prior communication through appropriate channels," the minister said when asked by an opposition lawmaker when the government had become aware of the trip. 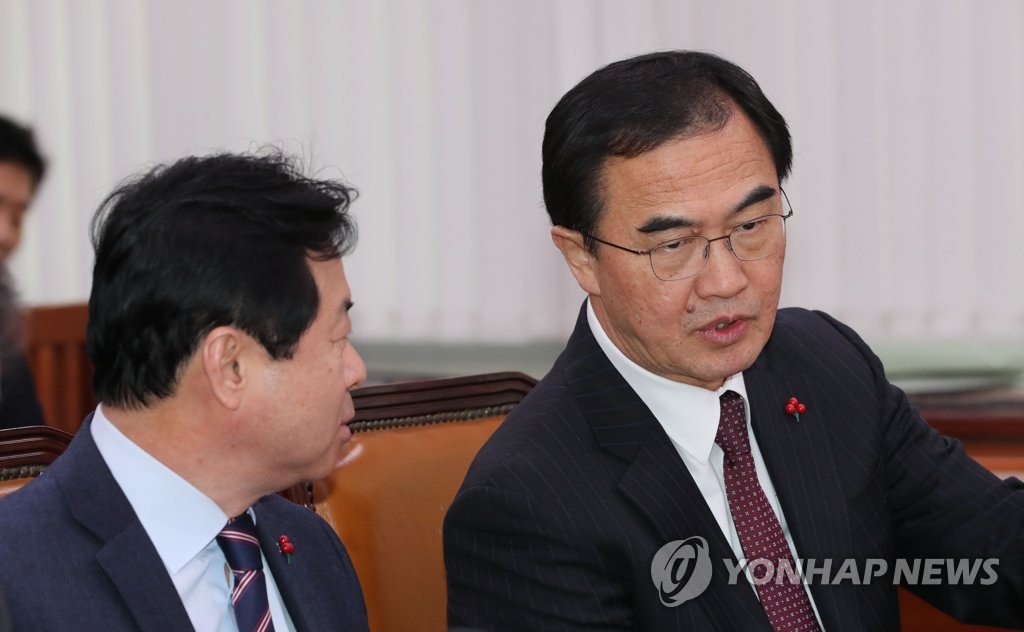