SEOUL, Jan. 9 (Yonhap) -- The recent discovery of a giant oarfish on South Korea's east coast has triggered a wave of speculation on social media, as some netizens interpreted the incident as a prelude to impending earthquakes.

The speculation about the possibility of earthquakes surfaced online after a 4.2-meter-long oarfish was discovered by a resident on the coast of Goseong in Gangwon Province, about 160 km east of Seoul, on Monday.

The fish was breathing with minute movements of its gills and fins but died later. Oarfish is a deep-sea fish that lives in the Pacific, including the waters off of Korea and Japan, and the Indian Ocean.

Experts have said it is difficult to link the appearance of a deep-sea fish to earthquakes. 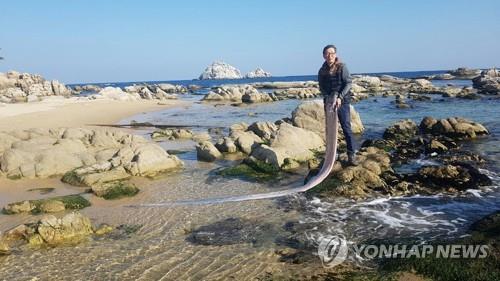 But feelings of apprehension spread after pollack, whose migration path was not known, were spotted and disappeared in the East Sea and a shoal of mullet fish was seen riding the waves in the same sea.

Some skeptical netizens agreed that the discovery of mysterious pollack and a giant deep-sea fish indicates something unfortunate will take place soon. They also worried that the deep waters near Korea may have been shaken to trigger the strange movements of marine life.

In the meantime, a magnitude 6.4 earthquake that struck off southeast Japan on Tuesday afternoon, and a tremor of magnitude 3.7 that occurred in waters off Baengnyeongdo, a South Korean island in the Yellow Sea, have added fuel to the speculation about more imminent quakes. 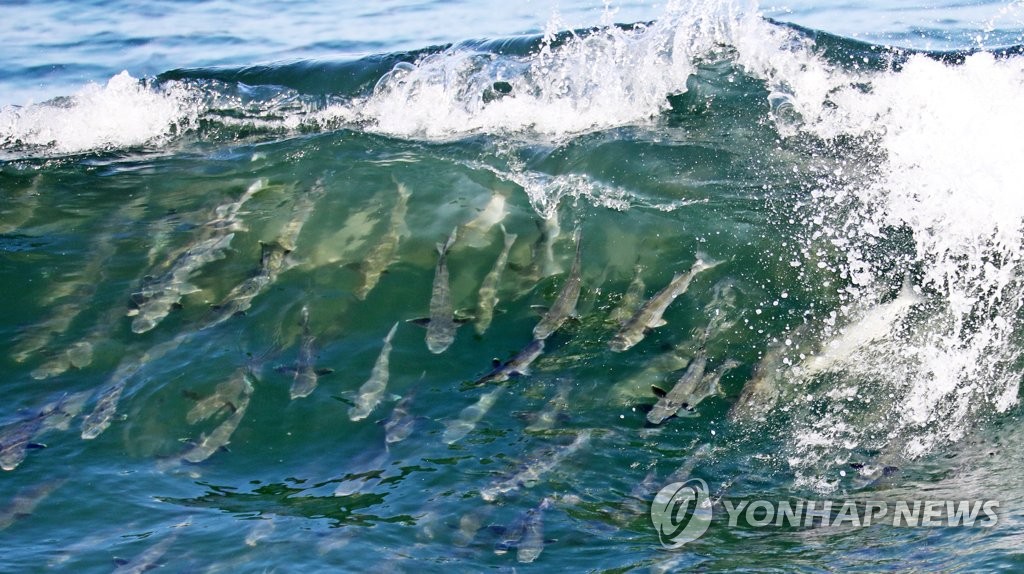 Local netizens have written several hundreds of comments on each of the news stories on the discovery of a giant oarfish and mysterious pollack, strange acts of mullet fish and other phenomena in the East Sea. Most of them appear concerned about imminent earthquakes.

"Deep-sea fishes were found two months before a magnitude 5.8 earthquake hit Gyeongju in September 2016," a commenter said, while another netizen noted that a magnitude 5.5 quake in Pohang in November 2017 followed the discovery of many oarfishes in Gangneung in July of the same year.

Professor Eo Jae-sun of Gyeongdong University said that deep-sea fishes usually rise to the surface to remove bacteria from their skin, hunt for scarce food or absorb sunlight.

"Pollack also rise to the surface in the winter after staying in the deep sea during the summer. It's difficult to view the recent discoveries of deep-sea fishes in the East Sea as a prelude to earthquakes," the professor explained.