SEOUL, Jan. 10 (Yonhap) -- South Korea is falling far behind China in terms of the total number of experts in the field of artificial-intelligence (AI) technologies, an international trade organization said Thursday.

Experts were defined as those who have published papers or filed patents related to AI technologies over the past 10 years, KITA said.

The number of AI companies in China also came to 1,040, accounting for 21 percent of the worldwide total, while South Korea was home to only 26 firms, KITA added.

Over the 1999-2017 period, China accounted for 37 percent of the 100,000 units of AI-related patents filed around the globe, hovering far above the United States' 24.8 percent and Japan's 13.1 percent. South Korea accounted for 8.9 percent over the cited period.

KITA said Chinese companies have been rolling out various services powered by AI technologies on the back of support from the government.

Chinese start-ups have been rolling out different AI solutions ranging from education and medical segments, expanding their presence in the global market, the report said.

Park So-yeong, a researcher at KITA, said South Korea should make efforts to foster AI experts, and seek to utilize such professionals. 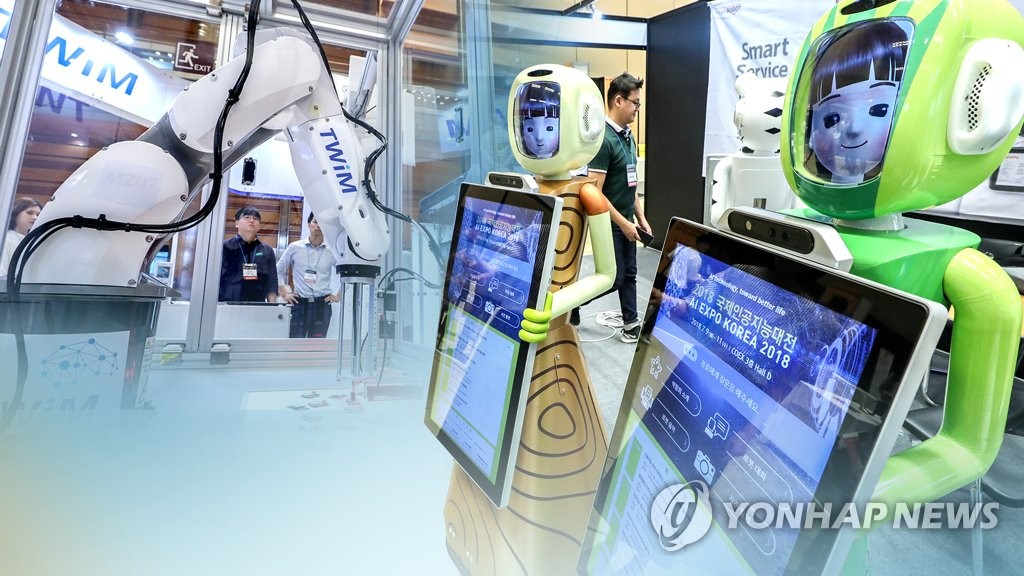