In 2018, Incheon Airport posted a record 2.637 trillion won (US$2.35 billion) in estimated revenue, up from 2.431 trillion won a year earlier, helped by rise in the number of travelers and amount of cargo, the company said in a statement.

A total of 68.25 million people, including 67.67 million passengers on international routes, used the Incheon Airport last year, up 10 percent from 62.08 million in the previous year, the statement said.

As full-service carriers expanded their routes and low-cost carriers strengthened their services to absorb growing travel demand, Incheon Airport is likely to rank fifth in terms of the number of international passengers it supported, after Dubai International Airport in the United Arab Emirates, Heathrow Airport in London, Hong Kong's Chek Lap Kok, and Schiphol in the Netherlands, the statement said.

In 2017, Incheon Airport ranked seventh and the 2018 rankings will be released during the first half of this year, it said. 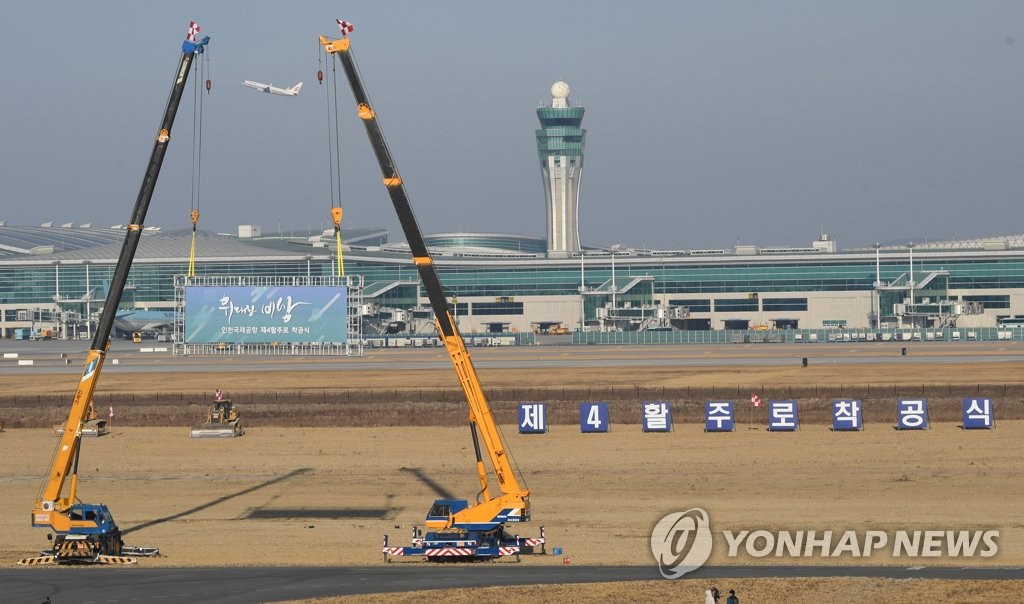 The airport began operations in 2001 and opened its second terminal in January of last year to meet rapid air passenger growth. It is capable of handling 72 million travelers a year, a number that is expected to grow to 95 million by 2023, according to the transport ministry.

The state-controlled airport operator plans to invest 4.2 trillion won to build a fourth runway and expand the second terminal, mooring and commuting facilities by 2023, it said.

Airlines are in competition to upgrade or expand their facilities to woo customers as the number of air passengers around the world will exceed 15.7 billion in 2031, more than doubling from 8.3 billion in 2017, according to the Airports Council international.