In a media test-drive event held in Chuncheon, 85 kilometers east of Seoul, SsangYong Motor Chief Executive Choi Johng-sik said the carmaker will focus on achieving a 14 percent on-year jump in sales this year.

"We are aiming to sell 163,000 vehicles this year and post a (net) profit," the top executive told reporters. The carmaker sold a total of 141,995 units during the January-December period.

SsangYong Motor reported net losses from 2000 through 2017 except for the year 2016. In 2018, it is widely expected to post another annual net loss due to lackluster sales.

In the January-September period, net losses deepened to 57.85 billion won (US$52 million) from 35.58 billion won in the year-ago period. SsangYong Motor's annual earnings results are due to be released in February.

As the maker of the flagship G4 Rexton and compact Tivoli SUVs, the carmaker plans to ship Rexton Sports Khan, the extended version of the Rexton Sports, on the global market in March. The SUV is expected to generate much needed sales this year.

The company said it also plans to launch the all-new Korando C SUV in the first quarter to revive sales in the domestic market. 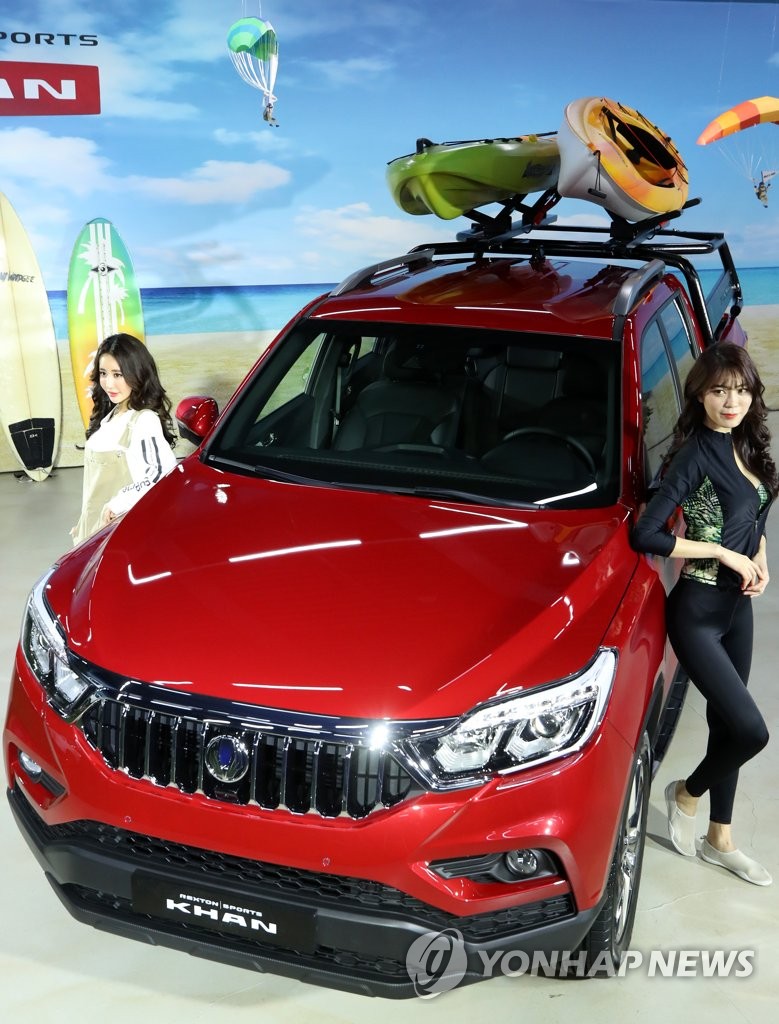 SsangYong aims to achieve turnaround in 2019 on SUV sales

SsangYong aims to achieve turnaround in 2019 on SUV sales