The fire in the sedan taxi began near Gwanghwamun Station at around 6 p.m. The 64-year-old driver, who sustained two-degree burns to much of his body, is currently unconscious and being treated at the intensive care unit of a nearby hospital.

"The driver is believed to have set himself ablaze in a self-immolation attempt," a fire service official said on condition of anonymity.

A witness said that the fire began from the passenger seat and then spread to the driver's body. Another said that the driver came out of his car and collapsed after the fire broke out following the sound of a blast.

Before the fire, the driver told his colleague, "There is no glimmer of hope ... Car pooling services, if left as is, will kill us all."

Kakao Mobility Corp., the operator of South Korea's largest taxi-hailing application, began a limited version of its carpooling service late last month to work out technological details and reflect on various opinions ahead of its formal launch.

The company has since decided to delay the launch of its formal service due to objections from taxi drivers. 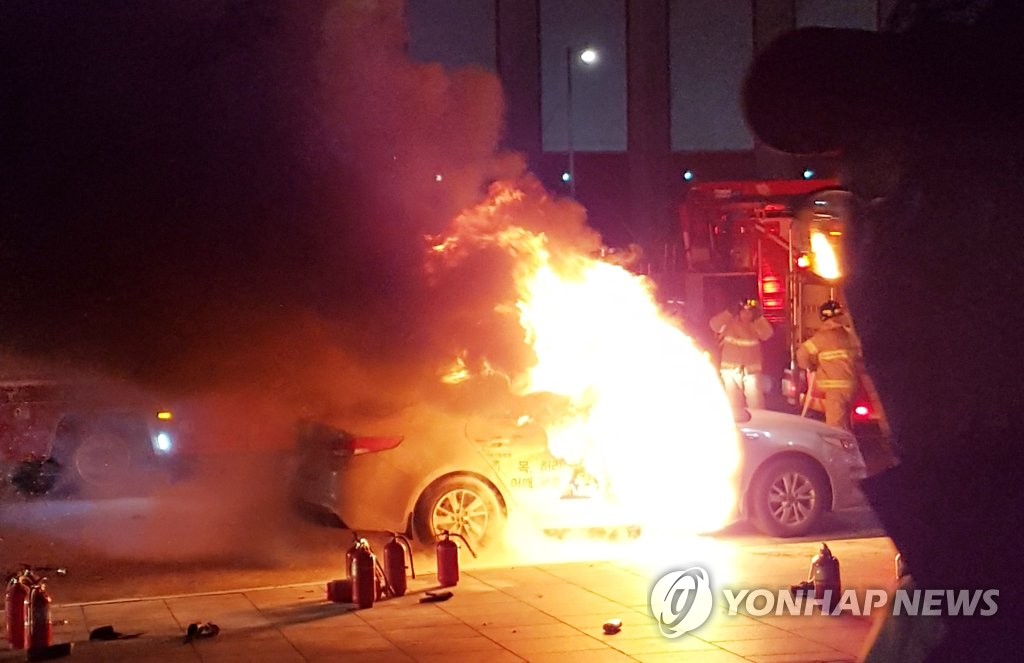