Lee, who can operate in various attacking positions, didn't participate in the national team's training session at SSAD Al Mamzar in Dubai on Wednesday.

"Lee's right big toe was bent during South Korea's opening match against the Philippines on Monday, and he is feeling pain," a KFA official said. "The swelling in his toe is getting better, but for quick recovery, Lee didn't take part in today's training. He's currently staying at a hotel for rehabilitation."

Lee, who plays for German Bundesliga 2 side Holstein Kiel, didn't play full time in South Korea's 1-0 win over the Philippines. The 26-year-old was replaced by Ju Se-jong in the 86th minute.

South Korea, led by head coach Paulo Bento, already lost veteran anchor Ki Sung-yueng ahead of the team's second match at the Asian Cup. The Newcastle United midfielder injured his right hamstring during the match against the Philippines and is expected to be sidelined for at least one week. 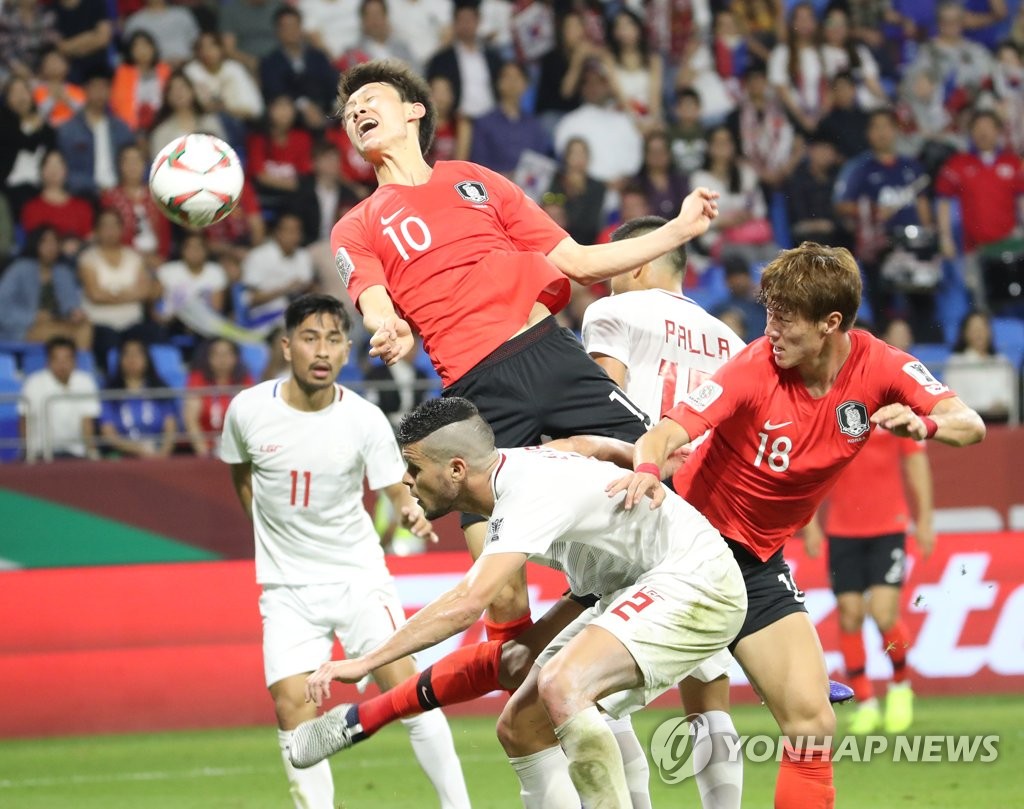