South Korea will take on Kyrgyzstan at Hazza bin Zayed Stadium in Al Ain, the United Arab Emirates, for their second Group C match at the Asian Cup. The Taeguk Warriors beat the Philippines 1-0 in their opening match on Monday, but lost Ki, who sustained a right hamstring injury and needs to sit out at least a week.

Ki, who is the most experienced player on the squad with 110 caps, is South Korea's orchestrator in the midfield. He and Jung have been occupying South Korea's center midfield. Jung said the players will be fully prepared for the match against Kyrgyzstan and will fill the void left by his midfield partner. 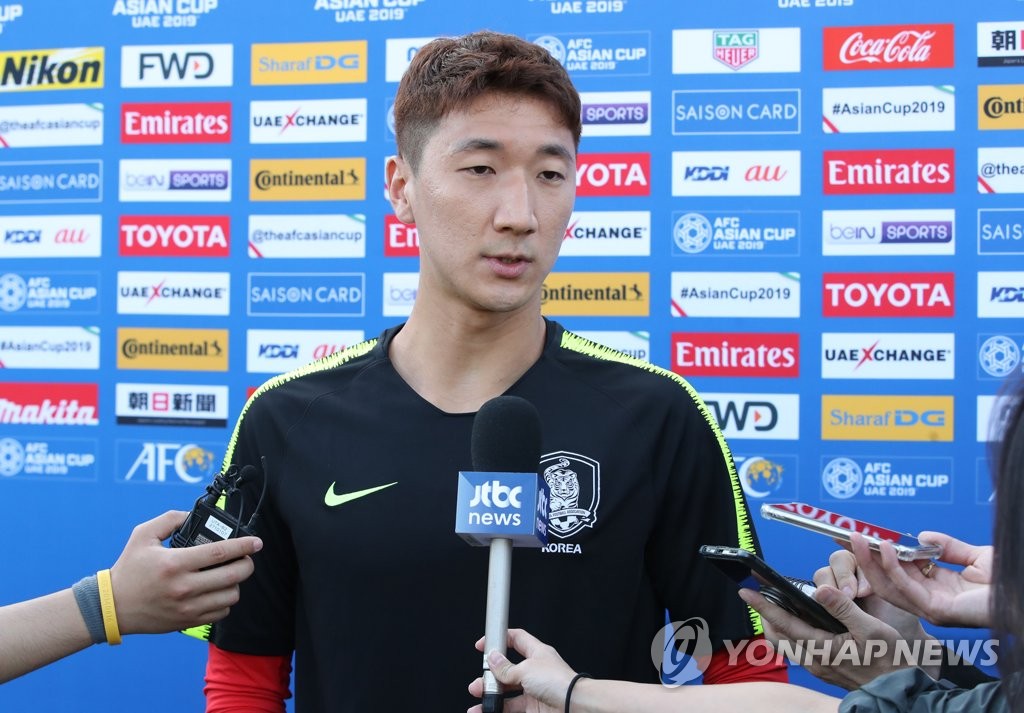 "Ki has a huge presence on this team," Jung said to reporters ahead of training at SSAD Al Mamzar in Dubai. "Fortunately, he is expected to come back in short a time, but before that, remaining players must work hard to fill his void."

South Korea head coach Paulo Bento has not revealed who will play in Ki's position, but pundits here expected that Hwang In-beom may get the nod. Against the Philippines, it was Hwang who replaced Ki and played until the final whistle.

Jung, who plays next to Xavi Hernandez and Gabi Fernandez at Qatari club Al Sadd, said the players have already analyzed Kyrgyzstan's tactics and style of play. Kyrgyzstan, making their first Asian Cup appearance, lost to China 2-1 in their opening match on Monday.

"Kyrgyzstan didn't sit back, but strongly pressured China from the frontline," Jung said. "But in a friendly match against Japan, they used a 4-5-1 system and didn't play aggressively. We're preparing for both scenarios."

South Korea, led by head coach Paulo Bento, had a tough time breaking the Philippines' dogged defense in their opening match. Jung said South Korea will maintain their style of play, but will improve accuracy and reduce mistakes.

"When the opposing team operates a 10-man defense, we need to make quick passes and deliver more long balls from the back," he said. "We will keep our system, but we need to be more delicate."

Jung has to be careful not to receive a yellow card. The 29-year-old was booked during the match against the Philippines, and getting another caution means he would be suspended for South Korea's last Group C match against China next week.

"I committed a foul because I thought we were in a dangerous situation," he said. "But I need to be careful of getting a yellow card. I need to play smart." 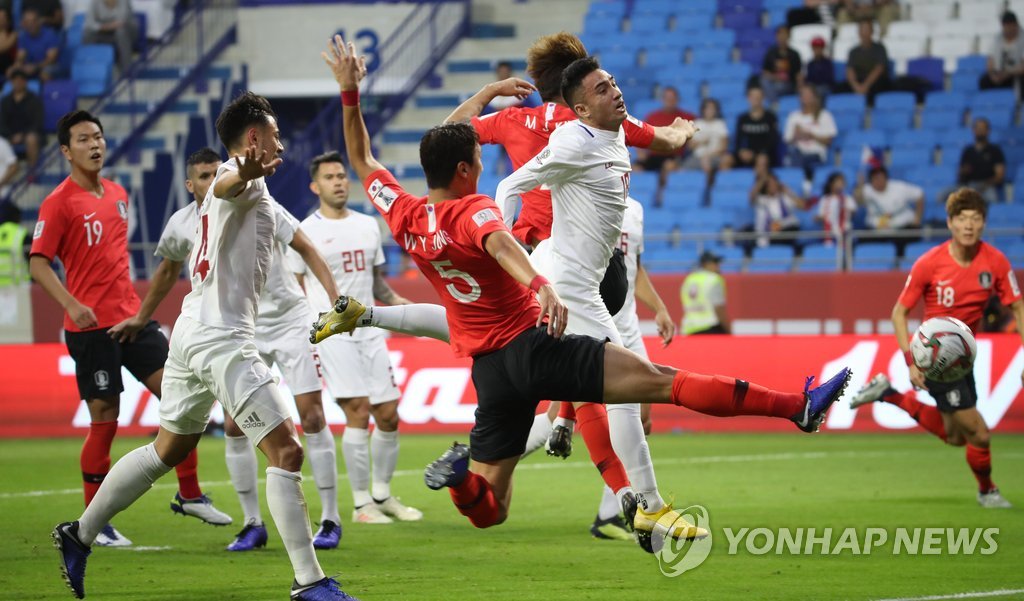