Amb. Cho Yoon-je said both leaders have shown a commitment to having a second summit, including in Kim's New Year's address.

"The train is already on the move and no one wants to jump off the train," Cho said at a discussion hosted by the Hudson Institute, alluding to the brisk diplomatic engagement with Pyongyang that began last year.

"The question is how fast and how far the train can move, but I don't think it will be stopped or reversed, at least in the near future," he said. 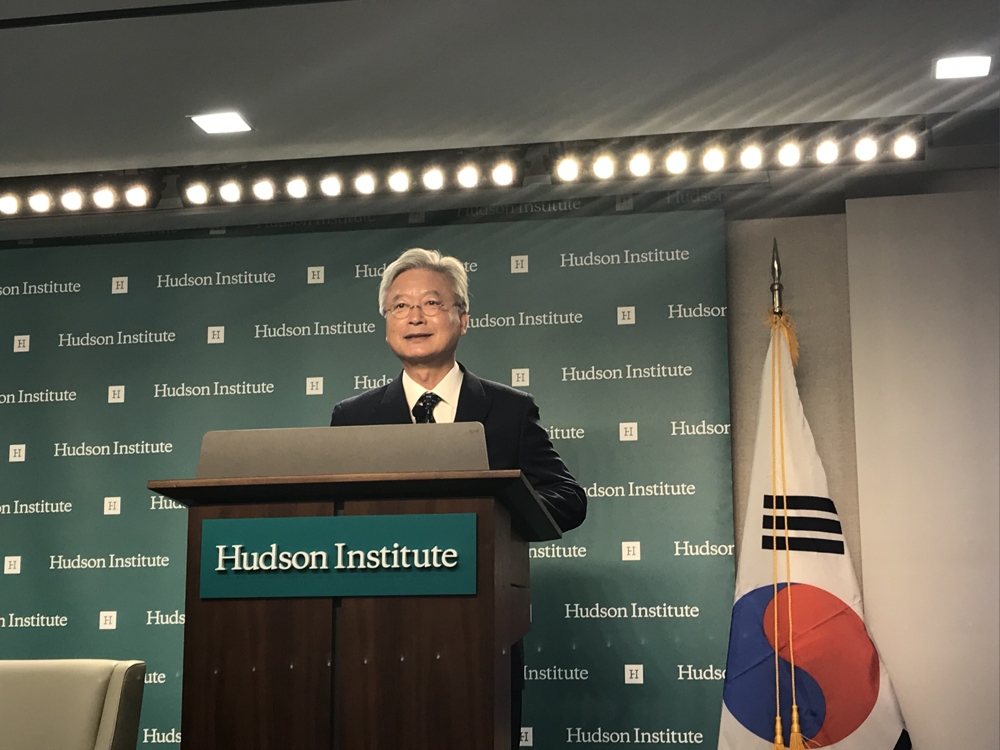 Trump and Kim held their first summit in Singapore in June and agreed to work toward complete denuclearization of the Korean Peninsula in exchange for security guarantees from the U.S.

The process has stalled as the sides have sparred over the exact terms of the deal, including how far the North will have to dismantle its nuclear weapons program before receiving sanctions relief from the U.S.

He added that Kim's visit to China this week was "quite a good sign" that the second summit will happen. The North Korean leader met with Chinese President Xi Jinping, as he did ahead of his first summits with South Korean President Moon Jae-in and Trump last year.

"I expect the second summit between Mr. Trump and Chairman Kim will take place. When? I do not know. I guess the communication is going on now," Cho said.