SEOUL, Jan. 10 (Yonhap) -- The number of stock trading accounts in South Korea rose 9 percent in 2018 on a brief bullish equity market at the beginning of the year, data showed Thursday.

The number of trading accounts came to 27.02 million at the end of last year, up 2.23 million from a year earlier, according to the data from the Korea Financial Investment Association.

The figure marked the largest on-year increase since 2009. It was also the first time in nine years that the number has increased by more than 2 million.

The surge was attributed to the local stock market's bull run at the start of last year, which prompted retail investors to open stock accounts in droves. 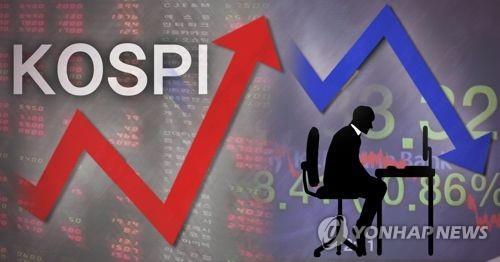 The benchmark Korea Composite Stock Price Index (KOSPI) hit an all-time high of 2,598.19 on Jan. 29, 2018, with the index of the tech-heavy secondary market also reaching a near 16-year high.

January recorded the largest increase of 358,000 accounts, nearly double the monthly average for all of 2018.

Individual investors thus posted net purchases on both bourses for the first time, with their net buying on the main bourse alone reaching slightly over 7 trillion won (US$6.24 billion).

As of end-December, the number of stock trading accounts accounted for 98 percent of South Korea's labor force tallied at 27.6 million, up from 90 percent a year earlier.

The association predicted this year's growth in the number of stock accounts not to match last year's level amid escalating concerns over a sluggish stock market due to a Sino-U.S. trade war, a slowdown in the chip business and weak employment.
(END)