The two companies reached the agreement during the Consumer Electronics Show that runs through Friday in Las Vegas, officials noted.

"The xDM platform is an advanced mobility technology that can be used in both indoor and outdoor settings and accurately analyzes location data real-time," Roh Jin-seo, the head of the robotics business at LG Electronics, said. "The two companies will continue to collaborate to develop the robotics technology."

Naver debuted its artificial intelligence and other robotic technologies during this year's world's largest electronics show.

The Ambient Intelligence-based products to be demonstrated include AMBIDEX, a robotic arm that uses a cable-driven mechanism to make interactions with humans safer.

Other robotic technology include Around G, an autonomous guide robot that provides guidance in large indoor spaces, such as shopping malls and airports. 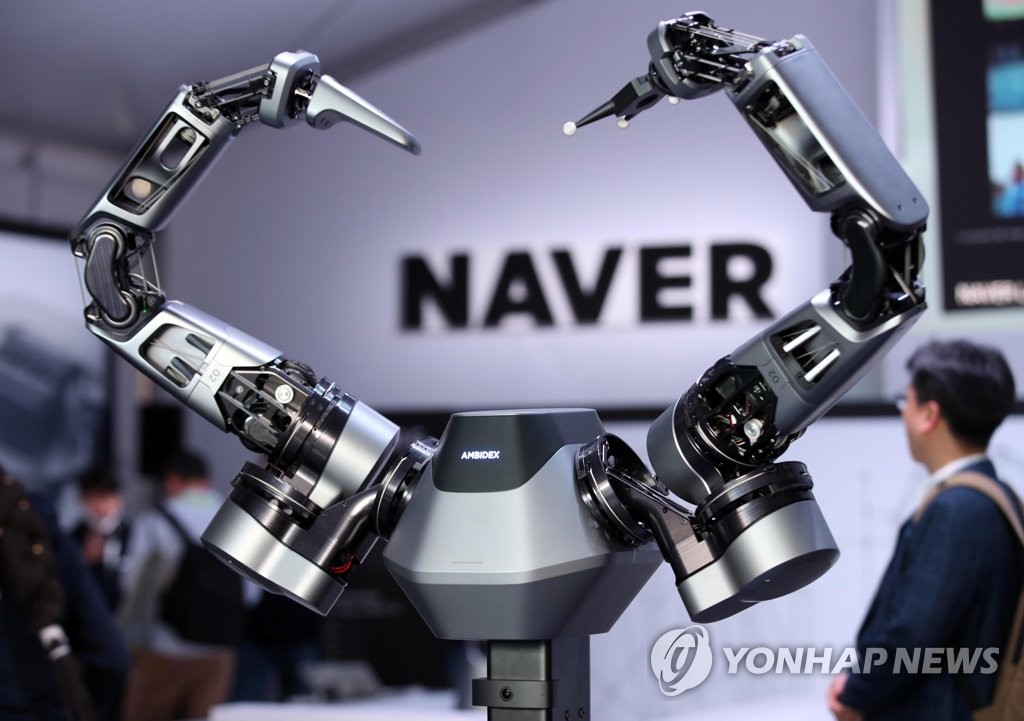 LG Electronics vice president Cho Sung-jin said it would take at least two years to generate profits from its robot business, one of its future growth drivers.

"It is premature to make predictions for the fledgling business, but it will take at least two years to reach the breakeven point in general," Cho said during a press conference.

Among its robots with commercial use, the company's lawn mower robot is expected to reach the market in the near future, Cho said, without elaborating on the exact schedule or price.