The Korea Rural Community Corporation (KRC) released a report that compares reservoirs with and without floating solar panels and claimed that there were no significant changes in water quality or in ecosystems as a whole.

There was no difference in terms of heavy metal contamination among the reservoirs tested. In regards to green tides, those with floating solar panels were less prone to such occurrences.

There were likewise no significant environmental differences in areas such as the diversity of living organisms in the waters tested.

"At the moment, the existing floating solar panel facilities do not have a significant impact on the ecosystem, nor on the function of agricultural reservoirs," the report said.

"As any changes to the environment occur slowly, we plan to continue carrying out investigations on more regions over a longer period of time to find out more about the impact of floating solar farms," the public corporation said. 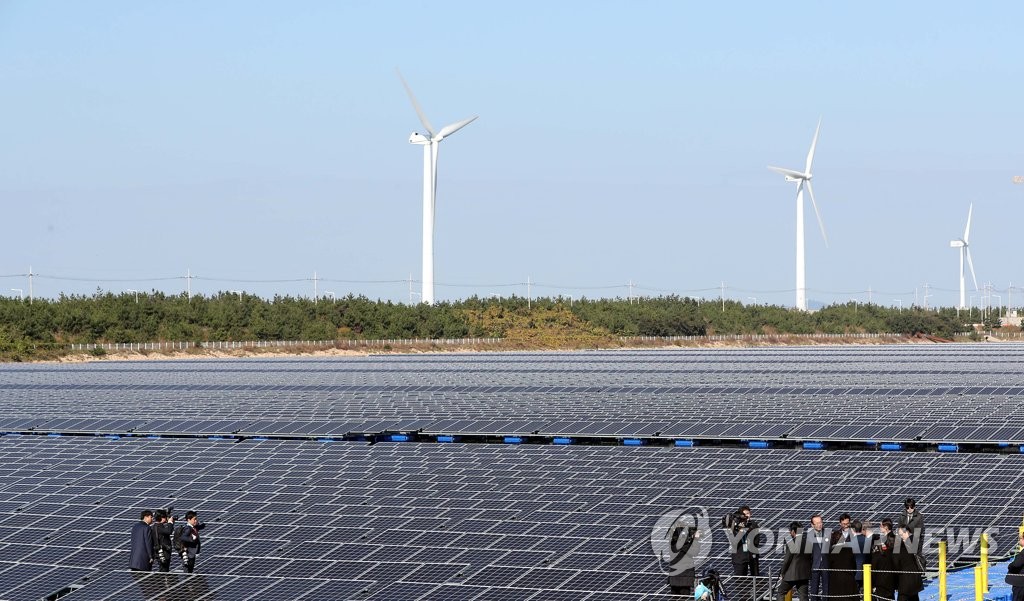