The total value of outstanding mortgages extended by banks came to 607.9 trillion won (US$543.7 billion) as of the end of December last year, up 4.9 trillion won from a month earlier, according to the data from the Bank of Korea (BOK).

The BOK said a growing number of people received loans to pay the balance of newly built houses that they purchased two or three years ago. These contracts were not subject to the government's latest anti-speculation measures, it added.

The housing market boom peaked in 2016 as the South Korean government tried to boost the sector in order to prop up the economy.

The incumbent Moon Jae-in government, which took office in 2017, has churned out a series of anti-speculation measures to curb household debts and the overheated property market, including the strongest one released in mid-September last year.

Non-mortgages, on the other hand, rose 500 billion won to 218.5 trillion won in December, slowing sharply from a 1.9 trillion-won on-month gain the previous month.

As a result, the balance of total household lending from banks reached 827.62 trillion won last month. 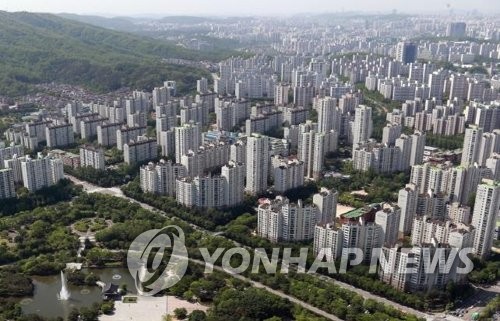 Mortgage loans expand at fastest clip in more than 2 yrs in Dec.

Mortgage loans expand at fastest clip in more than 2 yrs in Dec.