(ATTN: UPDATES with first round opponent in paras 2-3)

The organizers of the tournament announced the seeds for the Jan. 14-27 tournament on Thursday. In the first round, Chung, world No. 25, will face the 76th-ranked American Bradley Klahn.

Klahn, 28, has never won a match at the Australian Open or advanced past the second round at any Grand Slam tournament. He doesn't have an ATP title, but he has won seven times on the lower-tier Challenger Tour.

As the only South Korean to be seeded, Chung will try to recapture the glory from last year's tournament, when he made a stunning march to the semifinals.

Chung took down current world No. 1 Novak Djokovic in straight sets in the round of 16 en route to becoming the first South Korean, male or female, to make the final four at a Grand Slam tournament.

In the semifinals against Roger Federer, Chung had to retire during the second set due to foot blisters.

Chung was No. 58 in the world rankings before last year's Australian Open and was not seeded. 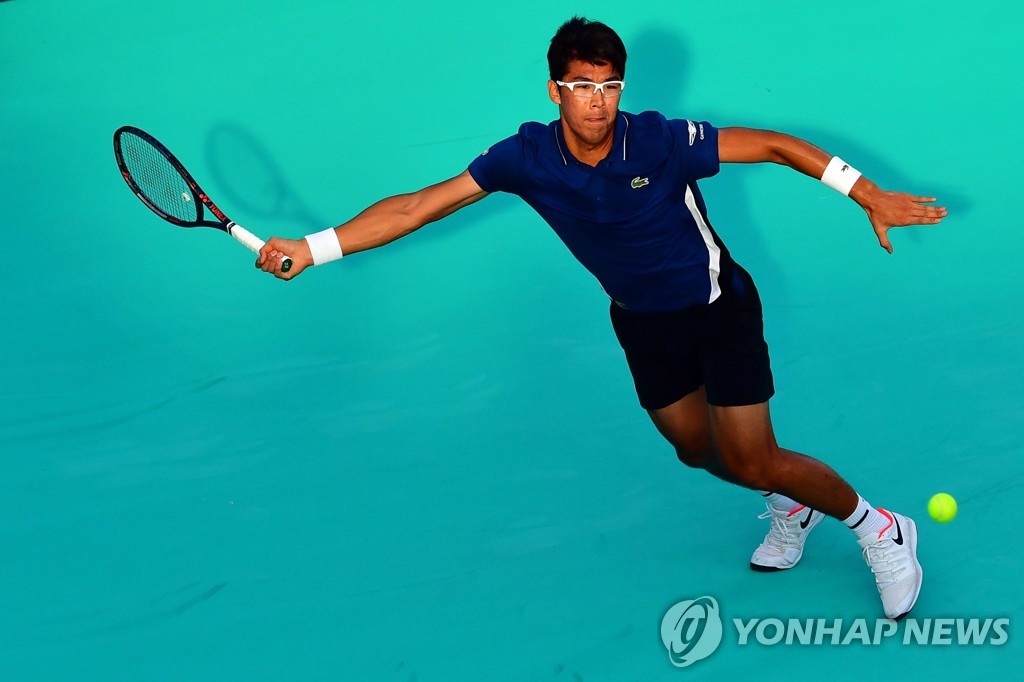 Chung, 22, is off to a shaky start in 2019, having been knocked out of the first round at each of his first two tournaments.

At the Tata Open Maharashtra in India, Chung got a first-round bye as the No. 2 seed, but lost to the 83rd-ranked Ernests Gulbis in straight sets after blowing a 5-1 lead in the opening frame on Jan. 2.

Six days later at the ASB Classic in New Zealand, the sixth-seeded Chung fell to Rubin Statham, ranked 360th, in straight sets. Chung once again frittered away a 5-1 lead in the first set in the disappointing exit.

Though he enjoyed a solid stretch of play after the Australian Open last year, Chung's 2018 season was otherwise marred by assorted injuries, forcing him to miss back-to-back Grand Slams -- the French Open and Wimbledon. He was eliminated in the second round at the U.S. Open.