Xi accepted "with pleasure" Kim's invitation to visit the country at a convenient time when they held summit talks in Beijing on Tuesday and informed Kim of his visit plans, the North's official Korean Central News Agency said.

Details of the plan were not immediately made public.

If the visit takes place, it will be the Chinese president's first trip to North Korea after Kim came to power following the death of his father and late leader Kim Jong-il in late 2011.

Pyongyang and Beijing boasted their ties through Kim's surprise trip to Beijing this week, where they exchanged views on their common concerns, including the denuclearization of the Korean Peninsula.

Relations between the North and China had frayed in the early years of Kim's rule as the North forged ahead with a string of nuclear and missile tests in disregard of Chinese warnings. In an apparent snub of Kim, Xi visited the South first without visiting the North.

However, relations between Pyongyang and Beijing have warmed significantly since last year as Kim launched a peace offensive and sought to improve relations with the United States. China tried to mend ties with Pyongyang over concern the North could break out of its orbit. That led to Kim visiting China three times last year alone.

Watchers said Kim's latest trip to the neighboring country was apparently aimed at coordinating strategy with China ahead of the second U.S.-North Korea summit, which could take place early this year.

North Korea has been increasingly emphasizing China's role in resolving the current deadlock in the denuclearization talks, proposing "multi-party" negotiations to replace the current cease-fire agreement on the peninsula.

Kim warned in his New Year's Day address that he could seek a "new way" if the U.S. insists on sanctions.

Xi said China will try to play a "constructive" role in realizing the denuclearization of the Korean Peninsula, expressing support for the Kim-Trump summit. 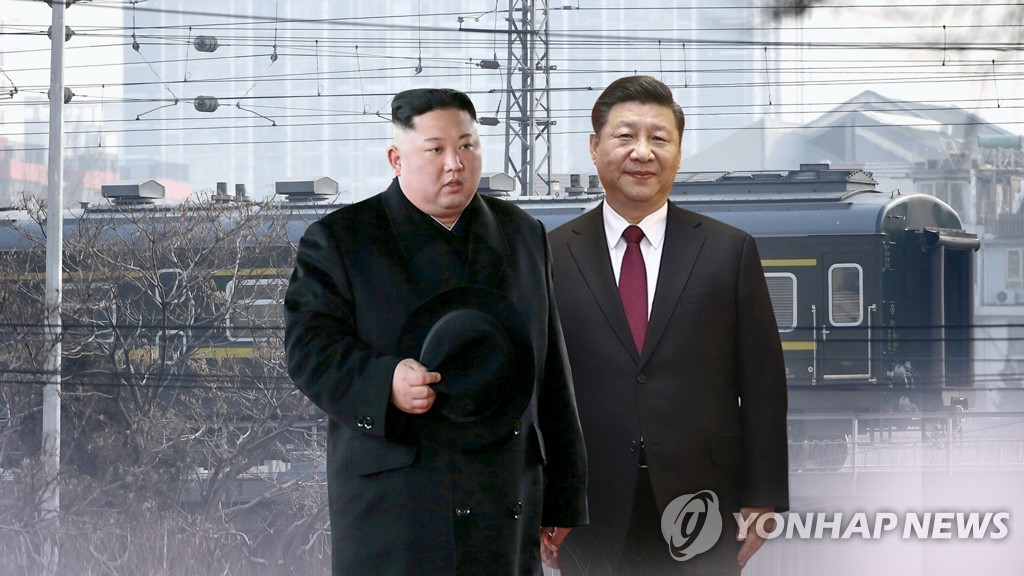