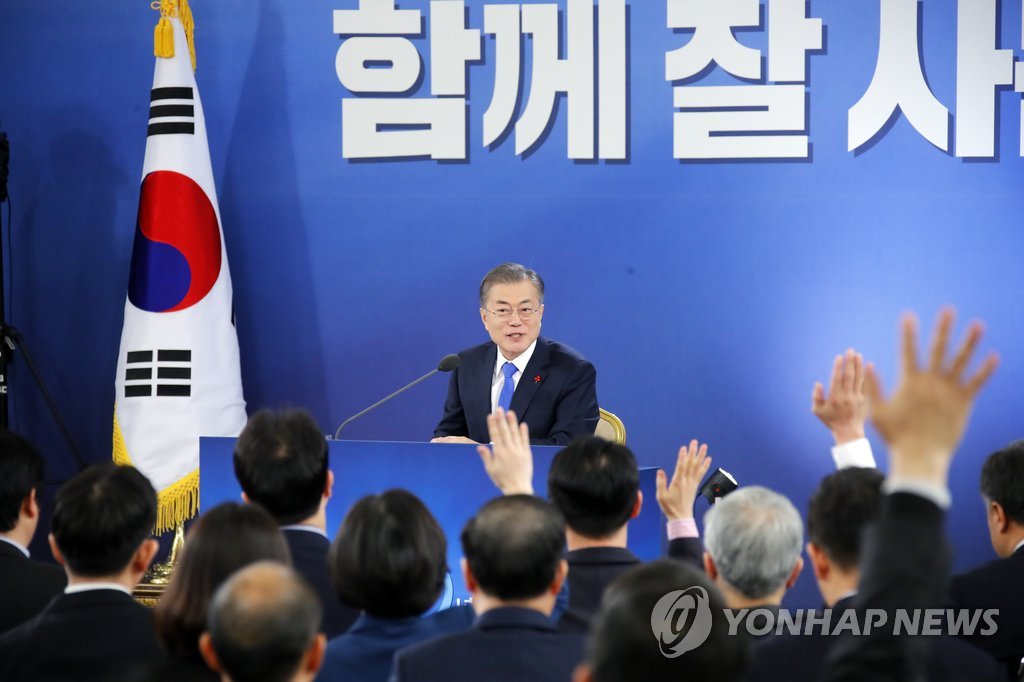 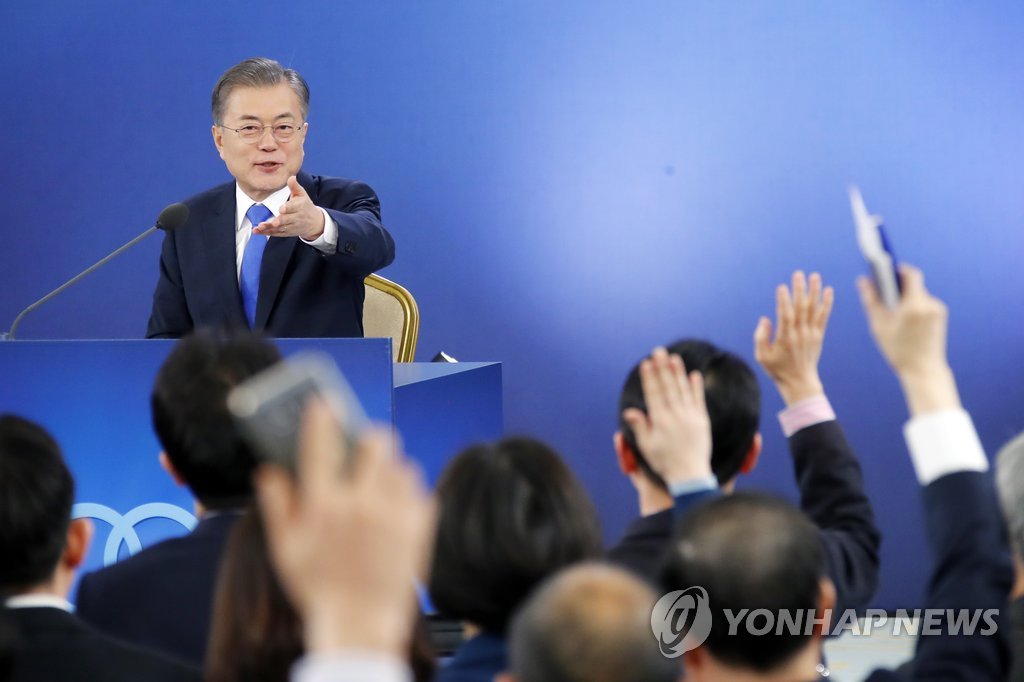 Moon said his country will resume its economic cooperation with North Korea soon as international sanctions prohibiting it are removed.

"As many of you have said, the South Korean economy is facing structural difficulties and is no longer able to realize high growth rates like in the past. I believe inter-Korean economic cooperation will provide a new, epochal growth engine that revitalizes our economy," he said.

When asked about prolonged disputes between Seoul and Tokyo over their shared past, the president said the issues facing the countries had not been caused by South Korea.

"To start with the fundamentals, there was an unfortunate history between South Korea and Japan," the president said, apparently referring to Japan's 1910-45 colonial rule of Korea.

"These problems continue even to date. These are not problems that were created by the South Korean government," he added.

The Seoul-Tokyo relationship is again facing a possible hurdle after a Seoul court ruled in favor of South Koreans forced to work for a Japanese company during World War II with little or no pay, ordering a seizure of the Japanese firm's assets.

Japan called in Seoul's top diplomat to Tokyo on Wednesday to file its complaint.

Moon expressed regrets over what he called an attempt by the Japanese government to politicize historical issues between the two countries.

"The South Korean government has repeatedly said we should address those issues separately while making sure the countries' relations are not damaged," the president said.

"I believe it is not a wise move for Japanese leaders to politicize those issues to turn them into controversies," he added.

The press conference, attended by about 180 journalists from local and foreign news outlets, was Moon's third since his inauguration in May 2017 to be broadcast live. It began with opening remarks by the president's that largely focused on economic issues.