SEOUL, Jan. 10 (Yonhap) -- President Moon Jae-in said Thursday that he plans to stick to his economic policies that are being criticized amid the slowing economy and tepid job creation, citing the need for sustainable growth.

The president said that the government will make up for shortfalls if needed but that it will maintain its economic policy line -- promoting income-driven growth, innovation-led growth and a fair economy.

"During my New Year's address, I've mentioned why the government's policy line should be maintained, and it is impossible to post sustainable growth without changing the structure of polarization and income inequality," Moon told a press conference held at his office Cheong Wa Dae.

"If needed, we are open to making up for (what's lacking), but I've fully explained that the government's policy line will be maintained."

In a related move, the government has hiked the minimum wage by double-digit percentages twice, but the move has had the unintended effect of hampering job growth as smaller firms have dismissed many part-time workers.

Moon also called for the labor sector's cooperation with the government's labor policy.

Tensions between a major labor group and the government have increased due to the government's decision to change its calculation of minimum wages and operate the new 52-hour workweek system flexibly.

The president said that an improvement in workers' livelihoods is possible when the economy fares well.

"A rise in workers' wages itself is good, but it may become an additional pain for the workers should the increase affect other economic aspects and leave our economy worse off instead," Moon said. 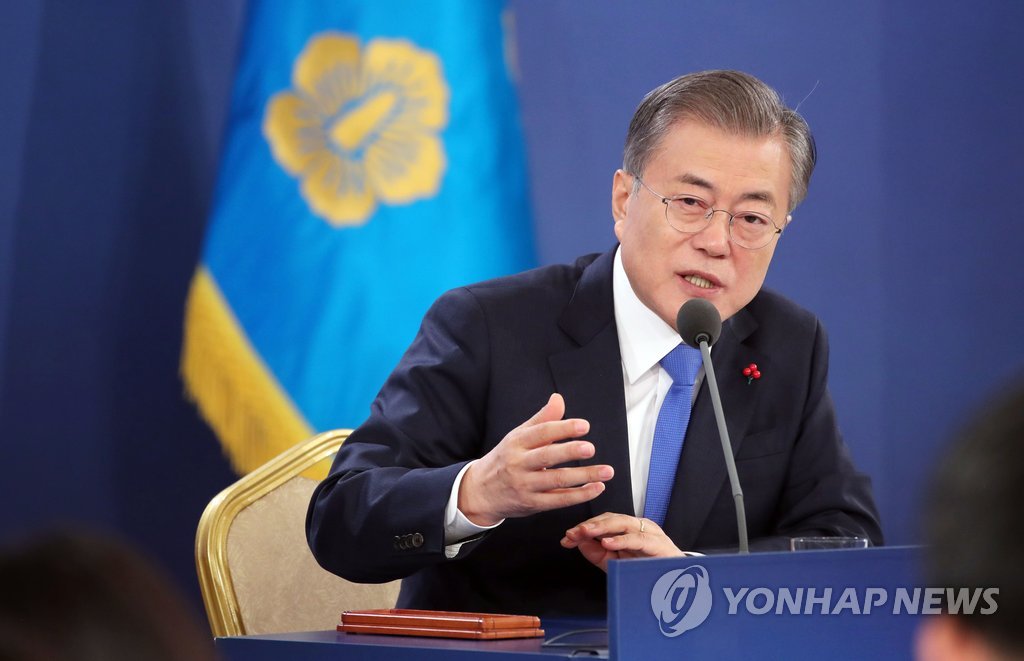