His presence is expected at the Seoul Central District Prosecutors' Office by 9:30 a.m. Prosecutors summoned him last Friday, and Yang has said he would comply with the request.

It makes Yang the first former head of South Korea's Supreme Court to face a prosecution interrogation as a criminal suspect. The former veteran justice led the top court from 2011 to September 2017, when he retired.

Yang will issue a formal statement near the Supreme Court before he goes to the prosecution.

Yang, 71, is suspected of using or seeking to use trials as bargaining chips in its dealing with the then Park Geun-hye government to get her approval for establishing a separate court of appeals, his long-envisioned plan. 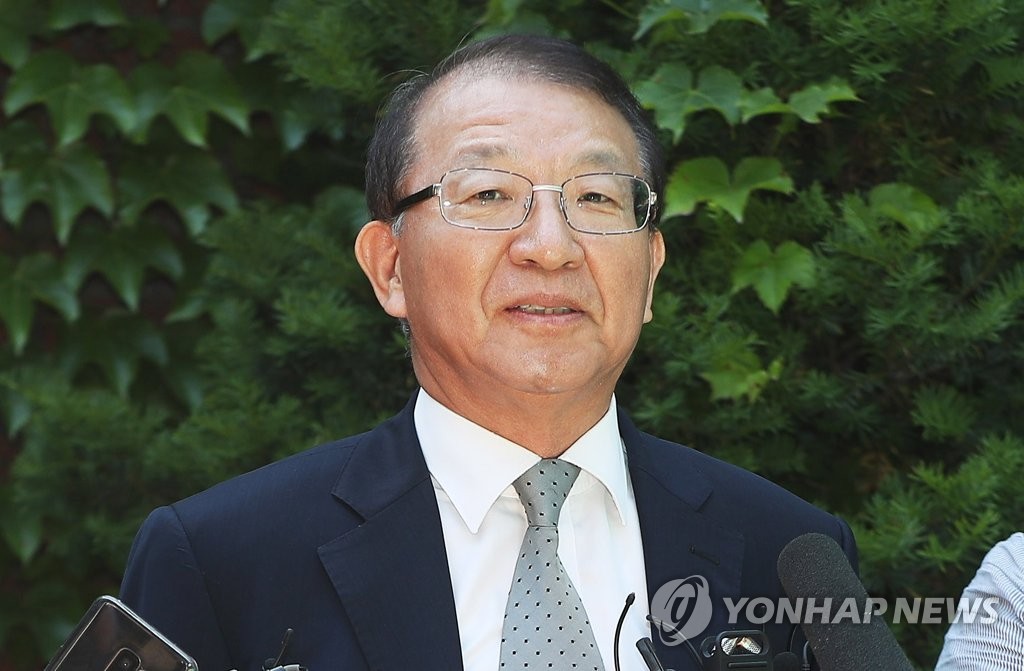 He is also accused of having orchestrated a delay in the deliberation of a damages suit filed by Korean victims of Japan's wartime forced labor, to curry favor with the former president who was seeking amicable relations with Tokyo.

Yang has denied the allegations.

The mounting scandal has put the entire judiciary under unprecedented intense scrutiny, mingled with mixed reactions within the judicial circle toward the widening probe.

Ex-Supreme Court chief to be grilled in power abuse probe

Ex-Supreme Court chief to be grilled in power abuse probe