Prime Minister Lee Nak-yon said in a government meeting that history cannot be neglected, but it is not desirable to neglect preparations for the future due to history.

"Historical liabilities between South Korea and Japan should be resolved. At the same time, we should make efforts and pool our wisdom to build a future-oriented relationship," Lee said. 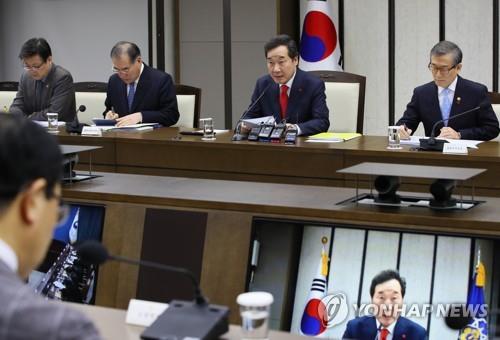 Relations between Seoul and Tokyo have degraded to their worst level in recent years over South Korean court rulings in favor of Korean victims of Japan's wartime forced labor and an alleged radar lock-on incident involving a Japanese plane and a South Korean destroyer.

"The South Korean government, including myself, is trying to exercise maximum restraint, think carefully and make efforts (to improve relations). I also urge the Japanese government to be self-restrained and act wisely for a desirable future in bilateral relations," Lee said.

"In the past, there was a critical view in Japan that South Korea was stimulating and using its people's anti-Japanese sentiment for domestic political purposes. These days, however, there is a view in South Korea that Japanese leaders are using its people's anti-Korean sentiment for domestic political purposes. Japan's leaders should be aware of such a view."

PM calls for efforts to build future-oriented relations with Japan

PM calls for efforts to build future-oriented relations with Japan