SEOUL, Jan. 10 (Yonhap) -- Rival parties gave a mixed response to President Moon Jae-in's new year press conference Thursday, with the ruling Democratic Party (DP) hailing it as the expression of his focus on efforts to boost the economy.

But the main opposition Liberty Korea Party (LKP) and the minor opposition Bareunmirae Party denounced Moon for repeating his plan to maintain his economic policy line.

Moon defended his embattled income-led growth policy, pledging efforts to create "tangible" outcomes this year. He also said that the government is open to making up for shortfalls but will maintain its economic policy line. 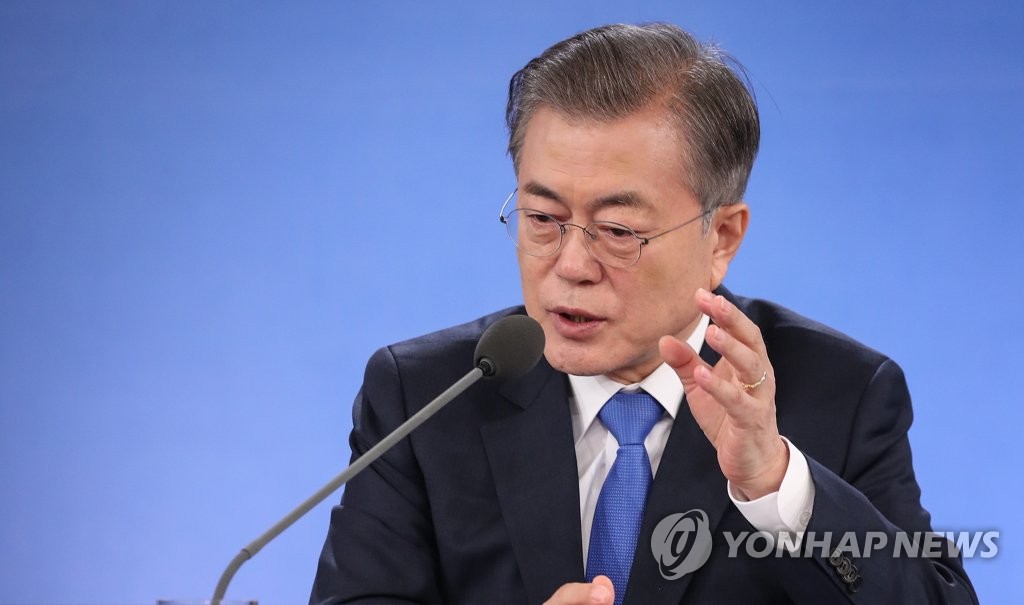 "The press conference was focused on (Moon's pledge to boost) the economy and people's livelihoods," the ruling DP said.

"We share Moon's assessment that, as (the benefits of) economic achievements have concentrated on conglomerates and the high-income bracket, the polarization of wealth and inequality has worsened," it said.

"This is why we need to shift our economic policy line toward (the promotion) of the people-centered economy, the fair economy and innovative growth," it added.

Conservative opposition parties, however, condemned Moon for what they called a lack of understanding of the public mood.

"The press conference was far from (a sound reading of) the grim public sentiment and has become a means of escaping reality for the president," the LKP said.

"It was just a series of (Moon's) self-righteous pledges to maintain the income-led growth strategy and policies that need massive (amounts of) taxpayers' money," it added.

The Bareunmirae Party said that though people want Moon to reflect on his policy lapses, the president focused on praising his own accomplishments.

The minor liberal Party for Democracy and Peace (PDP) and the leftist Justice Party gave positive assessments of Moon's briefing. But they also expressed some regret over a lack of specific strategies for inclusive and innovative growth and the government's labor policy.