The country's home and "jeonse" prices are forecast to decline by 1.0 percent and 2.4 percent, respectively, in 2019 compared to a year earlier, the Korea Appraisal Board (KAB) said in a statement.

The predictions come as the transport ministry announced a broad plan to provide 300,000 "low-priced but quality" homes to the underprivileged in the wake of skyrocketing home prices, particularly in Seoul and metropolitan areas. An increase in supply will invariably affect demand, which could cause prices to fall.

The trend started to be noticed in 2018, when home prices rose 1.1 percent, slowing from 1.5 percent growth the previous year. Jeonse prices fell 1.8 percent in a reversal from growth of 0.6 percent over the same period, the statement said.

Jeonse is a local property lease system in which tenants pay a large deposit in place of monthly rent. It usually consists of a two-year contract, with the home owner paying back the principal upon completion of the contract.

"Potential home buyers seem to be taking a wait-and-see stance for the time being due to a combination of stricter regulations on home purchases, a slowing global economy and possible interest rate hikes (by the Bank of Korea), that are weighing down on home and jeonse prices," the KAB said.

It is the first time that the public organization has forecast a downturn in prices since it projected a decline in 2014.

The board, meanwhile, estimated that the overall number of home transactions will fall 5.5 percent on-year to 810,000. 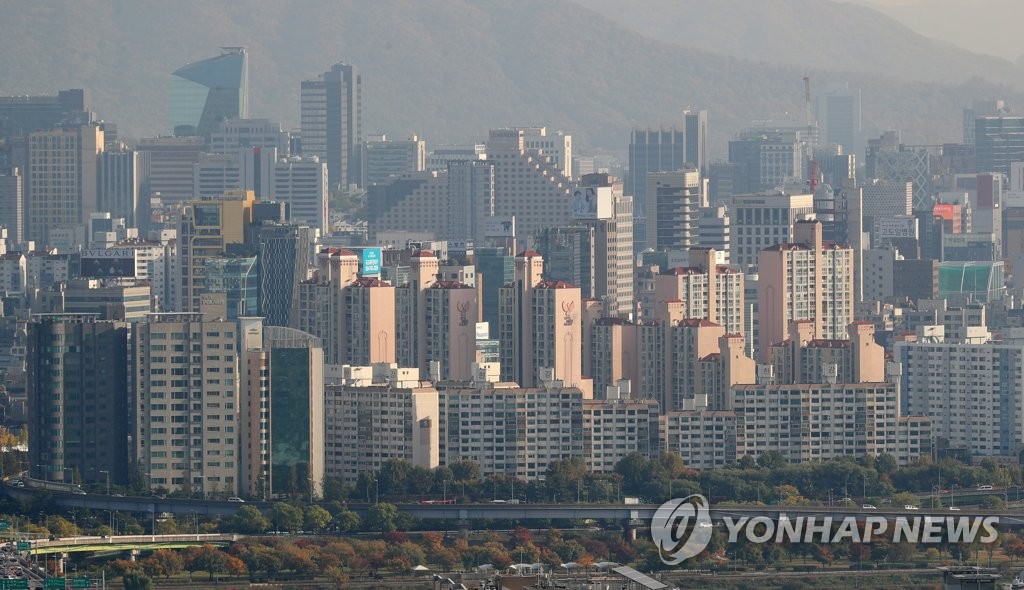